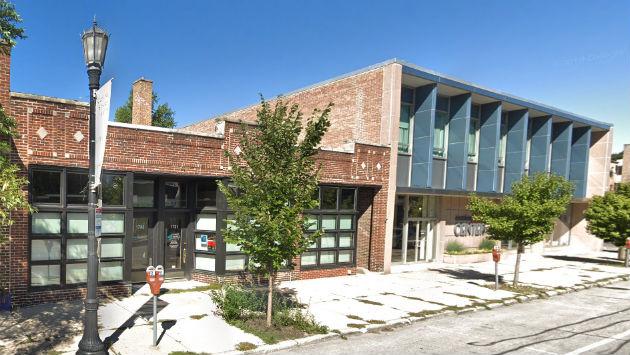 The owners of Hewn Bakery will seek Evanston City Council approval Monday to request a property tax break from Cook County to help fund their expansion into a nearly century-old building on Central Street.

The bakery, owned by Evanston residents Ellen King and Julie Matthei, opened in 2013 with five employees in a 1,200 square foot space at 810 Dempster St.

It has since doubled its space at the Dempster site and the owners say their staff has grown to 25 employees.

“Everything croissants” in an image from the Hewn website.

In the request for the tax break, the owners say they will use the 1729-1733 Central St. building as a manufacturing hub with a staff of about seven that will enable them to also open two or three new satellite locations.

Hewn’s attorney, Christopher Zarek, in a letter to City Manager Wally Bobkiewicz, says the property has been vacant for over a year and will need about $729,000 in repairs and upgrades to make it suitable for bakery use. The roughly 7,500 square foot lot has three small storefronts facing Central Street and a separate warehouse-like building off the alley.

If the Class 6b property tax break is approved, it would allow the bakery owners to recoup about $689,000 of the repair costs in reduced taxes, according to calculations provided by Hewn’s attorney, based on having their tax rate reduced from from the standard commercial rate of 25 percent to 10 percent during most of the 12-year term of the agreement.

The tax on the property during the 12 years, the attorney estimates, would still be nearly $564,000 — or about nine times the estimated $62,000 the property would pay in taxes if it remained vacant.

Zarek says that if the tax break isn’t approved, the Hewn owners don’t believe it will be financially feasible to remodel the building and will have to look for a location in an area with lower property tax rates.

She says the the existing building, where they rent, has a variety of issues, including lacking air conditioning, which makes working conditions difficult for bakery employees and makes it harder to make pastries, like croissants, in the summer time.

In addition because the current storefront has a basement, its floor can’t support the larger ovens they plan to install in the single-story building on Central Street.

Matthei says the new location will provide a better working environment for the employees, and it’s only about a two mile drive from the existing one.