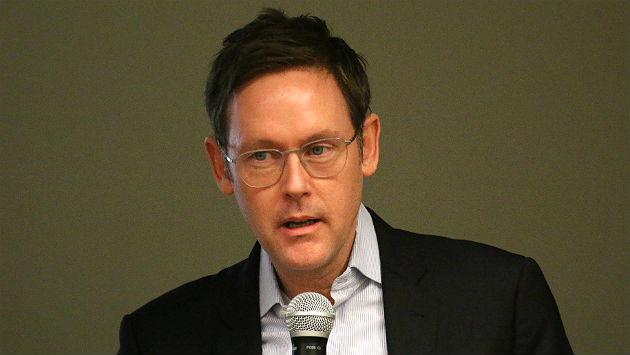 Plans for a 19-story senior living development at 1621 Chicago Ave. in Evanston came in for praise and criticism from residents at a 1st Ward meeting Wednesday night.

The rental project from Horizon Realty Group, now dubbed The Merion Legacy, would have 240 units ranging in size from studios to three-bedroom apartments and 85 parking spaces in an underground garage.

It would be connected to Horizon’s existing senior living development, The Merion, just to the south at 1611 Chicago Ave.

Renderings of the proposed high-rise, looking south and north along Chicago Avenue.

“It’s vital to have high density development downtown,” said one man at the meeting. “I think it’s a terrific project.”

But another said, “Parking in the neighborhood is almost impossible” already and the new development would only make it worse.

The architect for the project, Tim Kent of Pappageorge Haymes, said there’s a trend across the nation of reducing parking ratios for new developments because car ownership levels are dropping and people are relying more on ride sharing.

“Twenty-five years ago a building like this would have had a parking ratio of two cars per dwelling unit,” Kent said. “Now we’re doing high rises in Chicago that are in the same range as this — 0.3 spaces per unit — because demand is so much lower.”

Horizon’s Jeff Michael said the parking garage at the 24-story Park Evanston building across the street is only a third to a half full.

And Alderman Judy Fiske, 1st Ward, said owners of the Evanston Place apartments nearby are trying to sell some of the unused space in their building, which also houses the city’s Church Street garage.

A woman in the audience said she liked the idea of a senior living setting like the planned development. “I see it for myself in 10 years,” she said.

But a man in the crowd raised objections to having the driveway entrance to the building on Chicago Avenue.

“It’s going to be a nightmare,” he said, claiming that traffic already backs up on the block with drivers trying to turn left into the Whole Foods parking lot across the street.

But developer Jeff Michael said a traffic consultant’s study shows that the development won’t adversely affect traffic in the area.

Michael said the project would increase the annual property tax generated from the site from about $110,000 to about $650,000 and that the it would also create about 50 new permanent jobs.

The developers plan to make a $2.4 million contribution to the city’s affordable housing fund, as required by the version of the inclusionary housing ordinance in effect when they submitted their planned development application last December.

The project seeks planned development allowances from the city for floor area ratio and building height, and for the number dwelling units, parking spaces and loading docks.

The plan will require a two-thirds vote of the City Council for approval. But before it gets there it will be subject to reviews by the Design and Project Review Committee and the Plan Commission. Those meetings have yet to be scheduled.