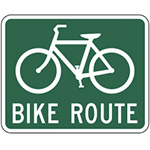 Evanston aldermen gave final approval this week to revised plans for two downtown high-rise towers, but left unresolved what to do about the street that runs in front of the site.

The City Council voted 7-2 Monday to approve the updated proposal for the planned developments at 1881 Oak Ave. and 1890 Maple Ave.

The buildings had originally been approved in 2006 and 2007, but never broke ground because of the slump in the real estate market.

While the original plans called for condos in the 1881 Oak tower and rental apartments at 1890 Maple, the new plans call for rental apartments in both buildings, slightly shorter building heights and a shared parking deck at the base of the two towers.

Hugh Bartling, a member of the city's Environment Board, raised concerns at last week's Transportation/Parking Committee meeting and again at public comment at City Council Monday about the plan to convert Emerson Street from Ridge to Sherman Avenue to a four-lane road to handle traffic from the buildings, which will fill the south side of the block on Emerson between Oak and Maple.

Bartling said Emerson is a major bicycle route to downtown and the Northwestern University campus, and doubling the traffic lanes for cars would increase safety hazards for pedestrians and bicyclists.

Public Works Director Suzette Robinson said the buildings will generate about 1,500 additional auto trips each day and Emerson needs to be four-laned to handle the load.

The plan does not call for widening the street, but would remove parking from the south side of Emerson, which now is an unusually wide two-lane road, to make room for the additional traffic lanes.

Alderman Don Wilson, 4th Ward, said he'd be interested in seeing whether the street could be left at two lanes — because he bicyles on that section of Emerson and shared Bartling's concern about safety for cyclists if the extra traffic lanes are added.

But Alderman Delores Holmes, 5th Ward said the city needed to at least remove parking on the south side of Emerson to make it possible for drivers coming out of Oak to see oncoming traffic and safely turn into Emerson.

Community and Economic Development Director Steve Griffin said approving the planned development wouldn't mandate that the road be switched to four lanes, and that the city could wait and see what happened to traffic when the new buildings were finished.

The city also plans to upgrade traffic signals along Emerson to improve the traffic flow, and the developer will contribute funds toward that project as part of the planned development agreement.

The city is in the midst of creating an east-west pair of protected bike lanes on Church and Davis streets, about a quarter-mile south of Emerson. Depending on where a rider is coming from, they may provide a better route into downtown from the west than Emerson but a less direct path to the Northwestern University campus.

Emerson west of Asbury now has marked bike lanes, but not the protected lanes in place on Church and planned for Davis.

In another bike-related development, the City Council Monday voted to apply for a federal grant for $480,000 to creat protected bike lanes on Dodge Avenue from Howard to Church streets. The grant, if it's awarded, would require a $120,000 match from the city.