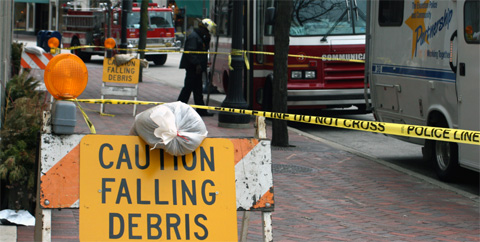 Evanston emergency personnel this afternoon have closed off parts of Evanston’s downtown to vehicle traffic and pedestrians.

Construction debris from the Sherman Plaza development has created dangerous conditions with falling and flying materials. Police say one person has been struck by debris and has been treated and released. Cars have also been hit by falling rubble.

“We realize this is an inconvenience to businesses and residents of our downtown,” Chief of Police Frank Kaminski said. “Our first concern is keeping everyone safe.”

“We ask everyone to take precautions during these high winds and to please cooperate until the situation is under control,” Chief Kaminski said. 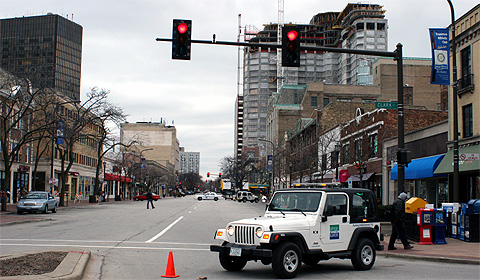