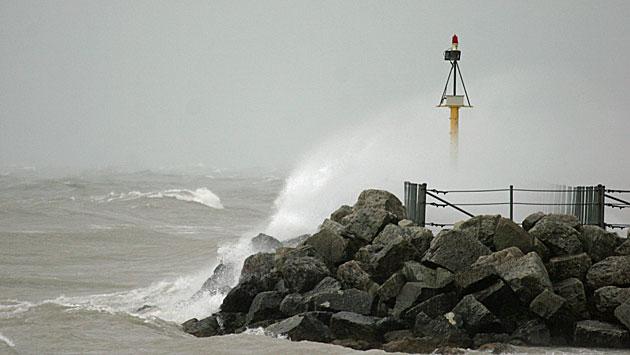 Northwestern University Police have closed the lakefront area of Northwestern's Evanston campus due to the danger posed by high winds and high waves along Lake Michigan.

No buildings are affected by the closure, just the area adjacent to Lake Michigan.

The closure will remain in effect into Saturday morning. Members of the Northwestern community and the general public are advised to stay away from the closed areas until they are reopened.

So far no similar warning has been issued by Evanston city officials for the rest of the city's shoreline.

Update 2:42 p.m.: City Manager Wally Bobkiewicz notes that the city's beaches are closed for the season and says he's asked police to check the lakefront area through the afternoon and early evening. If people are seen on the beach, they'll be asked to leave for their own safety, Bobkiewicz says.

The city manager also says that public works crews and police are monitoring the area of Sheridan Road near the south city limits where the road is right up against the shoreline to check for any possible flooding of the roadway which might require a partial or complete closure of the road.

But so far, he says, no flooding of the roadway has occurred.

Update 4:14 p.m.: NU officials say  women's soccer game scheduled for this evening on the lakefill campus has been postponed and rescheduled for 11:30 a.m. Saturday.