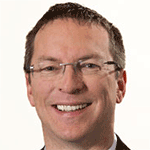 Everspring Inc., an Evanston-based startup that partners with universities to deliver online learning programs, has raised $10 million in additional funding.

Chicago Business reports the new funding comes as the company lines up more schools to work with — including Auburn University, Kent State University and the College of William & Mary.

It raised an initial $6 million last fall after signing up the University of Kansas as its first customer. It reported the new funding round to the Securities and Exchange Commission earlier this month.

Everspring CEO Jeff Conlon says the firm, based at 1007 Church St., offers a new model of partnering with non-profit schools.

Conlon, who spent 20 years with Kaplan Inc., said he left in 2011 convinced that the internet was going to shift power away from for-profit schools like Kaplan to traditional universities with a better brand name.

Everspring has grown from nine to 30 employees over the past year.

It's received its funding from Accretive and Carrick Capital Partners.