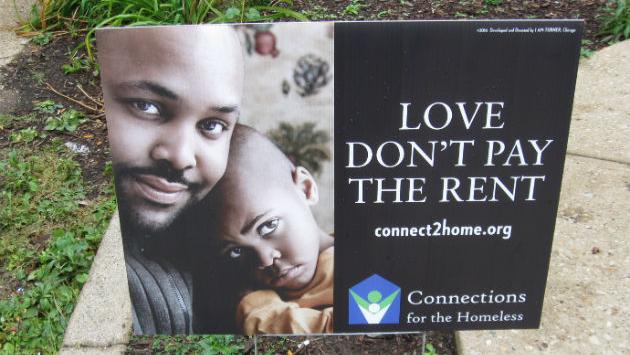 Connections for the Homeless, which operates the transitional homeless shelter in Evanston called Hilda’s Place, is hoping to raise an additional $500,000 this year to supplement uncertain government revenues.

With an annual budget currently running about $2.7 million, about half of which is financed by state and federal subsidies, the agency is counting on local philanthropists to help it expand its services to meet the ever-growing demand, according to Sue Loellbach, director of development.

Hilda’s Place, housed in the basement of the Lake Street Church, at 1458 Chicago Ave., has been in existence since 1984, Loellbach said, and it is the only shelter in operation between Chicago and Waukegan.

About 40 percent of the people it serves are from Evanston, she said, and it has some 30 persons on its staff, plus the volunteer services of some 800 persons who provide about 8,000 hours of service each year to the agency’s clients.

Working 40 hours a week, she notes, only earns a minimum-wage worker about $17,160 per year, which means that “a minimum wage worker would need to work 2.75 full-time jobs to afford to live in our community.”

Connections looks at shelter living to be a bare-minimum life-style for someone, Loellbach says, and its staff strives to help its clients to move on, either by finding government subsidies to supplement wages, or to help them find a better-paying job, or both. 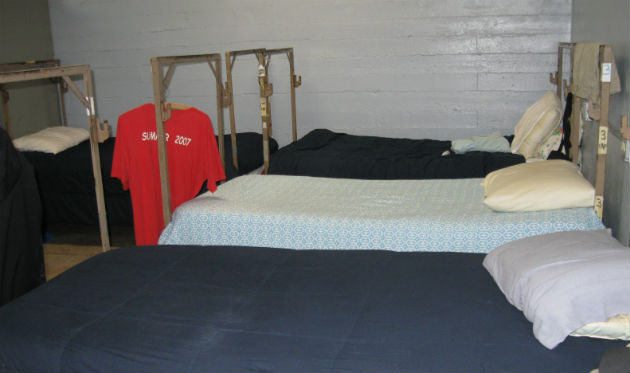 A portion of the men's accommodations at Hilda's Place.

The shelter is set up with two dormitory-type rooms, one for each sex, with shower and restroom facilities. It is not designed to house children, although Connections works with Evanston’s two school districts to find affordable housing with access to public school facilities.

Not only that, she adds, but they are less likely to finish school and more likely to be homeless as adults. 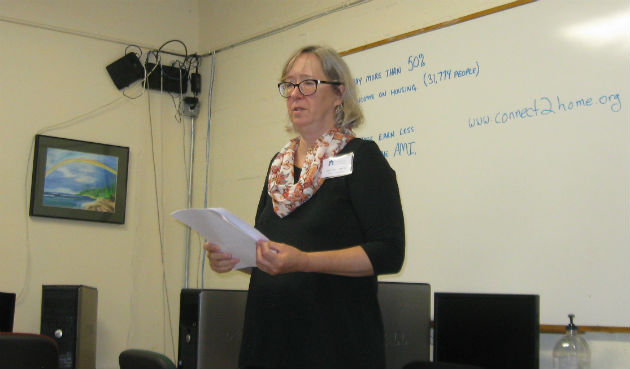 To help move towards its $500,000 fund-raising goal, the agency will be sponsoring a luncheon next Tuesday at the Woman’s Club of Evanston, 1702 Chicago Ave., featuring remarks by H. Luke Shaefer, co-author of $2.00 a Day: Living on Almost Nothing in America, followed by a panel discussion on homelessness.

More information about the luncheon is available on the agency’s website.