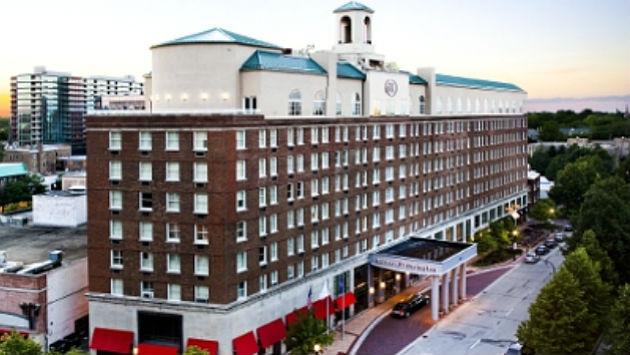 Less than two-and-a-half years after buying it for just over $31 million, the owners of the Hilton Orrington Hotel in Evanston have resold it for about $60 million.

The buyer, Olshan Properties, announced the transaction and the purchase price this morning. The sellers, a joint venture of the Carlyle Group and Dow Hotel Company, earlier this year completed a renovation of the property, variously described as having cost either $5.1 million or $8.6 million.

County records indicate what Dow had paid for the property when it acquired it in July 2013.

Andrea Olshan, the 35-year-old CEO of the buyer, said her company "is thrilled to lend our name and hospitality expertise to the historic Hilton Orrington/Evanston."

She described the Orrington as having "a fantastic location in one of Chicago's hottest submarkets" and "the market leader and hotel of choice" for visitors to Northwestern University.

Olshan owns five other hotels around the country, including two others operating under the Hilton brand, as well as 14,000 multi-family residential units and 10 million square feet of retail and office space.

Evanston's supply of hotel rooms is expected to grow next year with the opening of a new 114-room extended-stay hotel operating under the Hyatt flag that's now under construction now about two blocks away from the Hilton Orrington at 1515 Chicago Ave.