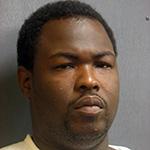 Costulas was severely beaten and robbed in the 500 block of Howard Street in Evanston on Sept. 2, 2011, and died of his injuries eight days later.

Hinton was convicted last September after a jury trial. He reportedly could have been sentenced to as much as 60 years in prison for the crime.

Judge Garritt announced the sentence following statements by members of the victim's and defendant's families.

Costulas, 61, of Rogers Park, who wore hearing aids and walked with a cane, was walking to work the morning when he was attacked.