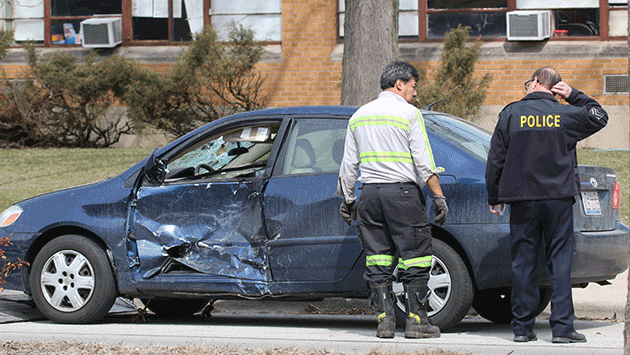 Police say a car driven by a 63-year-old Wilmette woman hit several cars and a motor scooter — and left a bicyclist critically injured — in Evanston before police were finally able to stop her on Main Street in Skokie.

The incident apparently began about 10:45 this morning when the woman's blue Toyota Corolla struck a car at Davis Street and Ridge Avenue.

Police Cmdr. Jay Parrott says the driver of the Corolla didn't stop and went on to hit a car at Keeney Street and Chicago Avenue and a motor scooter at 635 Chicago Avenue, before striking a bicyclist at Custer Avenue and Main Street. 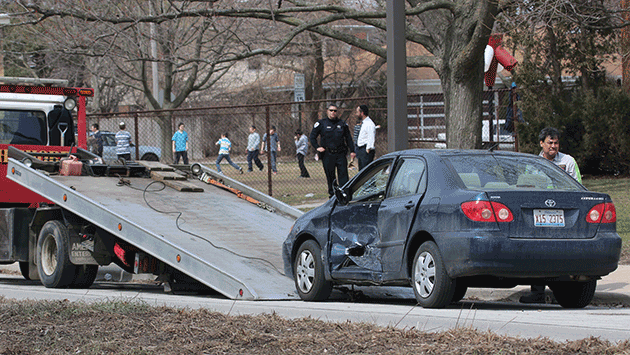 The damaged car was towed to the Evanston police station. 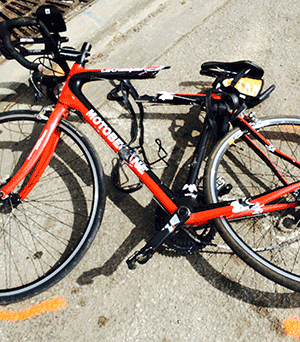 The bicyclist is now listed in critical condition at St. Francis Hospital with head injuries. The woman riding the motor scooter, Parrott says, suffered minor injuries and went to the hospital on her own.

The driver of the car was also taken to St. Francis.

The crash involving the bicycle is being investigated by the Major Crash Assistance Team of the North Regional Major Crimes Task Force while Evanston police are investigating the other collisions.

Parrott says it's too early to tell whether a medical condition or other factors may have been involved in the incident but that he expects charges will be filed against the driver of the Toyota.

Above: Police used spray paint to mark where the bicycle came to rest on the street after the collision in a photo submitted by an Evanston Now reader.