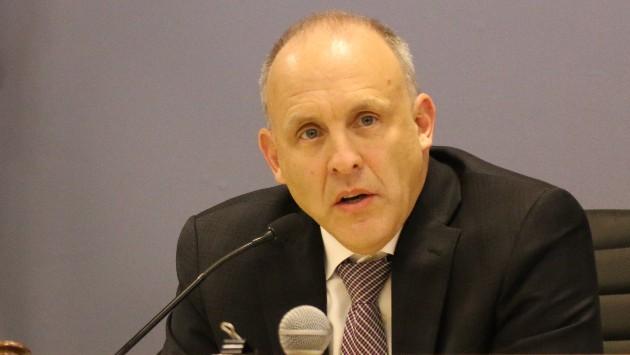 Evanston aldermen Monday night raised questions about the merits of a new registration fee that city staff wanted to impose on thousands home-based businesses and state-licensed professionals and sent the proposal back to the Economic Development Committee.

Community Development Director Johanna Leonard said staff wanted to have contact information for all the businesses so the city could reach out to them with information and to be able to do more accurate analysis of the state of businesses in the city.

“Charging people just to capture data isn’t something I think we should be doing,” said Alderman Don Wilson, 4th Ward.

Alderman Robin Rue Simmons, 5th Ward, suggested creating an optional registration program that that business owners could participate in to learn about opportunities to do business with the city or benefit from other city programs.

She added that she wanted to be careful that whatever program was adopted wouldn’t make running a home-based business more difficult.

Many of those owners “can’t even afford the overhead of a co-working space,” Rue Simmons said.

Leonard said the city has run into problems with some home-based landscaping businesses that park too much equipment in their yards, leading to complaints from neighbors. But Rue Simmons suggested then the city should just regulate the types of businesses that create problems.

Alderman Cicely Fleming, 9th Ward, said she would like to see some back-yard auto repair businesses in her ward licensed, “but I’m not conerned about the woman who’s doing medical transcriptions in her house.”

On a motion from Alderman Peter Braithwaite, the Council voted to refer the proposal back to the committee.

The staff proposal would have required a $25 annual registration fee from home-based businesses and a $50 fee from state-licensed professionals renting office space.