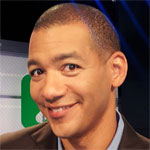 The weather for Northwestern University's homecoming events this weekend will be a lot cooler than today's balmy temperatures — but at least it's supposed to mostly dry and sunny.

ESPN commentator and columnist and Northwestern University alumnus J.A. Adande will serve as the grand marshal for the omecoming parade and pep rally on Friday.

The 7:15 p.m. pep rally immediately follows the parade and will take place outdoors at Deering Meadow, in front of Deering Library, 1937 Sheridan Road.

If it does rain, the rally will be held in Cahn Auditorium, 600 Emerson St.

Access into and from Northwestern’s main campus will be limited after 5:30 p.m. Friday. Access to most parking lots and drives east of Sheridan Road will be closed until the parade ends at approximately 8 p.m. As the parade forms at Lincoln Street, the road will be closed to vehicle traffic and remain closed until all floats have reached Sheridan Road.

Adande is well-known to sports television audiences. He covers the National Basketball Association and appears regularly as a panelist on ESPN’s “Around the Horn.”

On Saturday, Wildcat Alley will open at 8 a.m. It's a free pregame fan fest area offering activities for Wildcat football fans of all ages a few steps north of Ryan Field.

To purchase tickets, call 888-467-8775 (GO-PURPLE), visit www.nusports.com or the Northwestern athletic ticket office at 1501 Central St. The ticket office is open from 9 a.m. to 5 p.m. Monday through Friday.