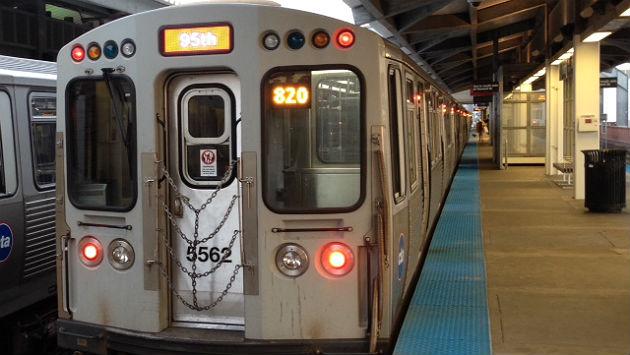 Milton Stanley says everything changed after his accident. Coming home after work at an auto assembly plant in Kalamazoo, Mich., he wanted to see his infant son, but the baby was with his auntie, who refused to let him see the child.

Upset, he drank with his cousin before heading downtown where he hopped on a moving train for a joyride, but was startled to see someone else in the car. He fell off the train and landed hard on the street. On his head.

“I woke up in the hospital and jumped out of bed to start dressing for work. The nurses had to stop me. They said Where do you think you are?” They brought him the scans that showed where his brain was swollen and bleeding.

That was twenty years ago. “I couldn’t work the same after that. But I still wake up automatically every morning.”

Stanley is tall, dark-skinned, and shaves his head to keep it neat. He was surprised to find a crowd in the Evanston hospitality center at St. Mark's Church on a recent day, given that it was early in the month.

“When the checks come in, a lot of these guys go to the cheapest hotel to drink and party.” Stanley chooses not to spend his money that way, but he understands. “A hotel room gives you peace of mind. You can get away from people. You can shower, watch TV.”

Showers can be hard to find. “I walked in on a naked man giving himself a bird bath in a public bathroom, and I thought Oh no, I can’t take this! The man looked at me, so I said, I’ll come back later. This was in a McDonald’s!”

Stanley sleeps at the Olive Branch Mission on 63rd St. in Chicago, and comes to Evanston for meals and a daytime shelter. He collects Social Security Disability and uses an RTA pass to travel.

He uses the pass a lot—so much that his photo wore off. When he went for a new card, they told him it will be sent to his sister’s address. “But in the meantime they cut off the card I had. How am I supposed to get around?” To board a train or bus he has to show his invalid card along with his state ID and start explaining fast. “Then it all depends on who you get. Sometimes they’re nice, sometimes you get a smartass. I’ve had to say, I’m a customer, don’t treat me like that.”

In confrontations, he struggles to keep from losing his temper. “You don’t want Bad Milton to come out. He’s in here. I hold it in. When you’re asking for something, no blow-ups. I have to humble myself.”

On cold nights when he could not find shelter, Stanley has ridden the train back and forth all night to stay warm. “The Blue Line’s safer. The Red Line has more crime. The young guys will target you if you’re drunk or smell like liquor or if you talk crazy.”

One night Stanley watched a pair close in on their target, who was sound asleep. They quietly sliced open his front pocket with a razor blade, reached in the cut, and pulled out a roll of money. When they looked around, Stanley turned to the window like he hadn’t seen anything. He has never been robbed.

“I stay alert. I was raised in the projects—Taylor. There were seven of us, and there’s only three now. It was crime on a constant basis: a girl getting raped in an elevator, somebody killed. If I lived through all that, why do something stupid now?”

This is the second in a series of profiles of homeless people in Evanston. Rick Kinnebrew, formerly with the Evanston Public Library, is a volunteer with Interfaith Action, which supports people who are homeless and hungry in and around Evanston and operates the Hospitality Center at St. Mark's.