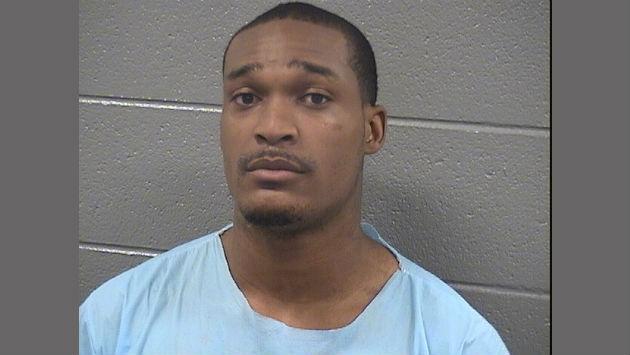 A Chicago man who Evanston police have identified as a suspect in the city’s first homicide of the year is being held on the Cook County Jail on $150,000 bail on a firearms charge.

Police Cmdr. Joseph Dugan says Gary E. Johnson, 26, of 1755 E. 78th St. in Chicago, is facing a felony charge of unlawful possession of a firearm by a convicted felon because he had a gun on his person when he was taken into custody.

The man who died in the Aug. 14 attack, Hamza Hammouis, 25, was a recent immigrant from France and had lived in Chicago for less than a month when he died. He had gotten married earlier this summer.

Dugan says detectives are still investigating the circumstances around the shooting, which occurred about 2:45 a.m. near the intersection of Howard Street and Chicago Avenue.

Hammouis’ wife, Jennifer Hess, told the Chicago Tribune that she and Hammouis had gone out early that Monday morning with one of his sisters who was visiting from Paris to take pictures of the city when they were confronted by a man who started an argument with Hammouis that ended with the shooting.

A Facebook page that Hammouis maintained, turned into a memorial since his death, contains three images posted over a period of six months this year of a masked man posing with what appears to be the same gun in different settings. 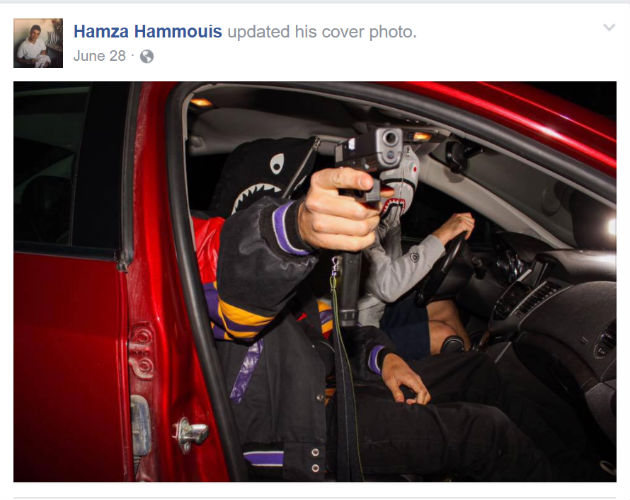 An image from the Facebook page of Hamza Hammouis.

It could not be determined from the images whether the man with the gun in the pictures was Hammouis.

Dugan now says any charges against Johnson in the homicide are not likely to be filed until Thursday at the earliest.