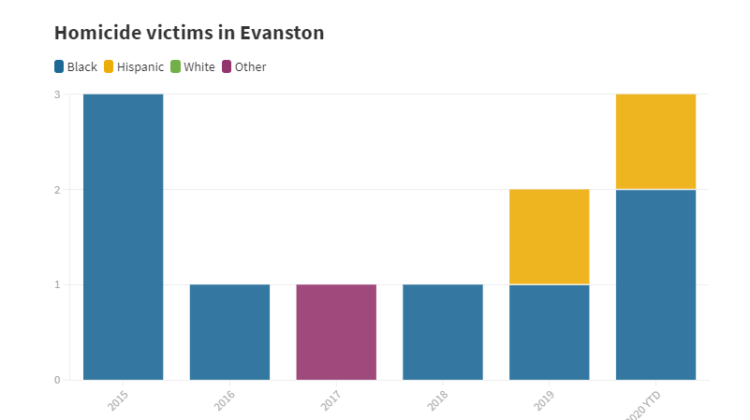 The Cook County Medical Examiner’s Office today announced it has confirmed 677 homicides this year, surpassing the total of 675 for all of 2019.

That puts the County on track to exceed 900 homicide deaths this year.

Evanston’s homicide total so far this year — three deaths — is the highest it has been since at least 2015, according to the medical examiner’s data.

According to the Medical Examiner’s Office, at this time last year it had confirmed 487 homicides. Of the 675 homicide deaths confirmed in 2019, 583 were attributed to injuries sustained from gunshot wounds, 521 victims were Black and 102 were Hispanic.

Of the homicide victims in Evanston beginning in 2015, eight were Black, two were Hispanic and one was classified as “other” by the medical examiner’s office.

Eight of the 11 victims were under the age of 30 and all were male. They were all victims of gunshot wounds.