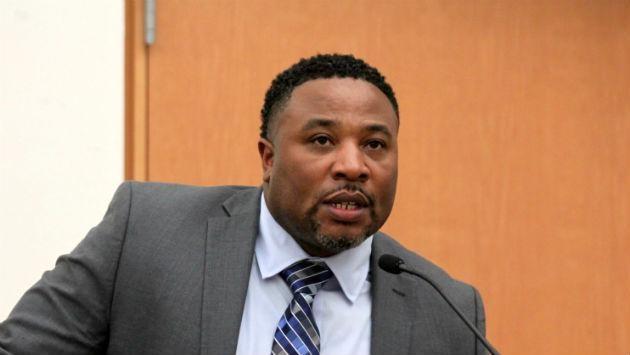 Devon Horton was brought to Evanston/Skokie School District 65 to make changes, perhaps even to shake things up.

And that Superintendent Horton has done, with new policies, a strong emphasis on equity and reducing racial achievement gaps, and some curriculum modifications as well.

But Monday night, Horton told the District 65 Board of Education that change has not gone smoothly for everyone, and he as the school system’s leader needs to re-evaluate how those changes are being carried out.

“There are some individuals who are struggling with change,” Horton said. “But I’m just going to own this as superintendent. We have not as a district had the most constructive change management process.”

In fact, the district teachers’ union has blamed the administration for a “toxic work environment,” with some educators saying while change can be good, too much has been changing too quickly, particularly after a year of remote learning due to COVID-19.

Horton started in June 2020, in the midst of the pandemic. That added more challenges to an already difficult job, which included the school board’s mandate to do things differently.

The superintendent told the board that “I think it’s really starting with how we manage change, and that’s something to be honest I had not put a lot of time into as a leader.”

Horton added, “@e were trying to get so much done and our team was kind of rah-rah-rah, let’s get it done.” But the “change management piece,” he said, is “really a big deal for us in our district and in other districts as well.”

Horton said his staff is now working on new change management policies. He also said that in response to educator complaints about the lack of professional development, new teacher schedules will be implemented in the next school year to allow more time for such training.

Horton said that 60-70% of educators in certain areas have “not been getting the right support,” and changing that is something just about everyone will like.

So it’s not that change will stop. It will just be handled differently.

“As for those who are not willing to make those adjustments,” Horton said, “they’ll show, and we’ll be able to do a couple of things around coaching them up.”

The superintendent expressed optimism that most skeptics or opponents can be “coached up” to fit into the new system.

But if not, Horton said, “some will choose to do something different.”