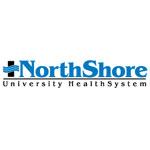 Chicago Business reports the suit, filed in 2007, alleges that NorthShore's acquisition of Highland Park Hospital in 2000 gave it unfair power to set prices for medical care in the north suburbs.

NorthShore has denied in court filings that it improperly raised fees.

The class-action ruling could potentially expose NorthShore to hundreds of millions of dollars in damages, according to the Chicago Business report.