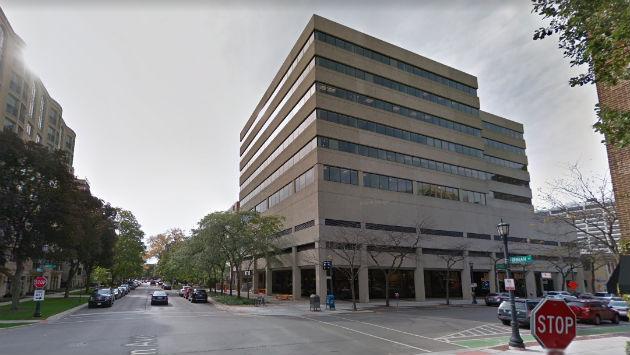 The 500 Davis office building in downtown Evanston has sold for $32.35 million — 80 percent more than it was purchased for two-and-a-half years ago.

Chicago Business reports that Steelbridge was able to dramatically raise rents from around $30 per square foot to the point where its now getting around $45 per square foot for its most attractive spaces.

Current listings in the building show asking rents between $46 and $50 per suare foot.

Last April the Orrington Plaza building downtown changed hands in a deal that valued it at $91 million, up from the $61.5 million it previously sold for in 2013.

Those sales may help answer questions about whether developers will be able to fill the proposed new 13-story office building at 1714 Chicago Ave. when that project comes up for a second session before the city’s Plan Commission next Wednesday night.