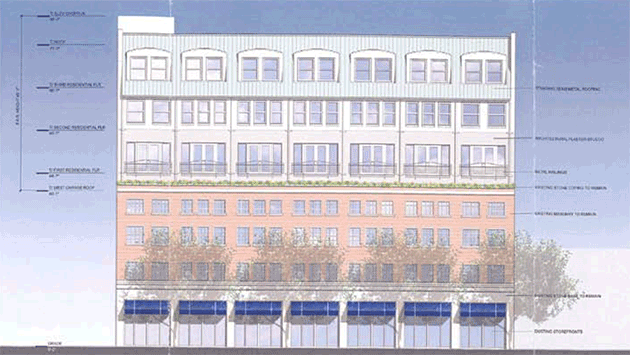 The new owners of the Hilton Orrington Hotel will ask Evanston aldermen Monday for more time to start building a three-story residential addition atop the hotel's parking garage on Sherman Avenue that was first approved in 2003. 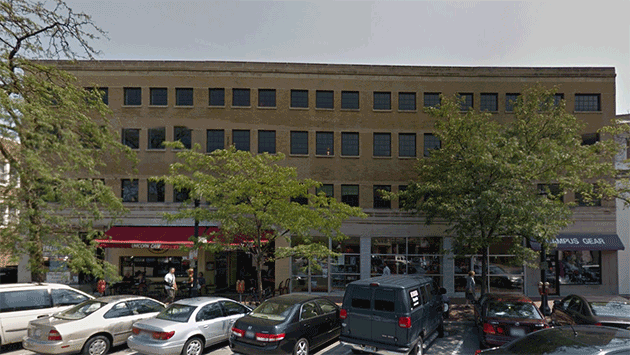 The hotel garage, with ground floor retail, as it looks today in a Google Maps image.

In a memo to aldermen supporting the request, Community Development Director Mark Muenzer says the previous owners of the hotel received approval for the 30-unit residential project as well as for plans to renovate and expand the hotel itself.

The renovation work on the hotel was completed in 2004, but the residential project was never started.

"Due to the poor market conditions and sluggish economy," Muenzer says, "the applicant requested and received two three-year extensions for completion of the project."

The current extension expires on Oct. 11. 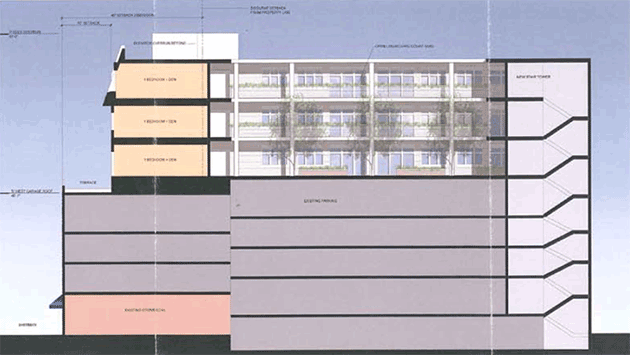 The proposed addition would include a terrace at the front, setting back the dwelling units several feet from the existing front of the garage structure. The plans also call for an interior courtyard on the garage roof.

The hotel owners are now asking for a three-year extension for the project, but Muenzer says city staff is recommending just a two-year extension.

He says that the new owners, who bought the hotel in 2013, have made interior renovations to the hotel and have more renovations planned, which have affected the timeline for completion of the residential project.

But with most of the hotel renovations now complete, Muenzer says, he believes a two-year extension for the residential project should be sufficient.

In addition, he recommends that the new extension should be the final one granted for the project.

By October 2016, Muenzer says, it will have been 13 years since the original project was approved and "market conditions will have changed significantly enough" that the residential project then should be evaluated as a project of its own.

In a letter requesting the extension, David Reifman, an attorney for the hotel owners, said the previous owners invested more than $20 million in the hotel renovation project in 2004 and made another $1.5 million in improvements in 2010.

Reifman says the new owners have spent $2.9 million upgrading the property and plan to spend $2.8 million more by next year.