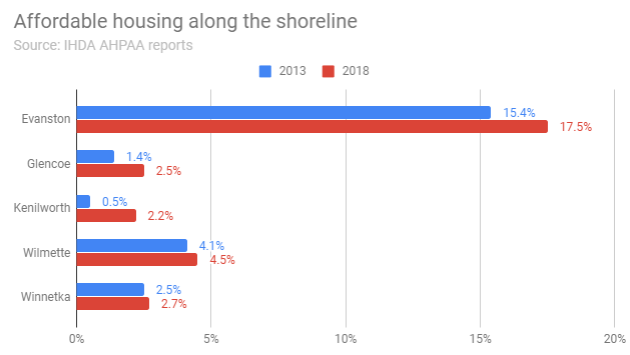 A new report from the Illinois Housing Development Agency says 17.5 percent of the housing units in Evanston meet the agency’s definition for being affordable.

Other shoreline communities in northern Cook County also showed affordability gains in 2018 over their 2013 figures.

Evanston’s affordability level is by far the highest among those five towns.

However it’s barely above the 17 percent average for all 31 northern Cook County communities.

The IHDA study is required to be conducted periodically under the Affordable Housing Planning and Appeal Act the state adopted in 2003.

Communities with less than 10 percent affordable housing are required under the statute to prepare a plan to address the issue, but the state doesn’t impose penalties for failure to meet the goals.