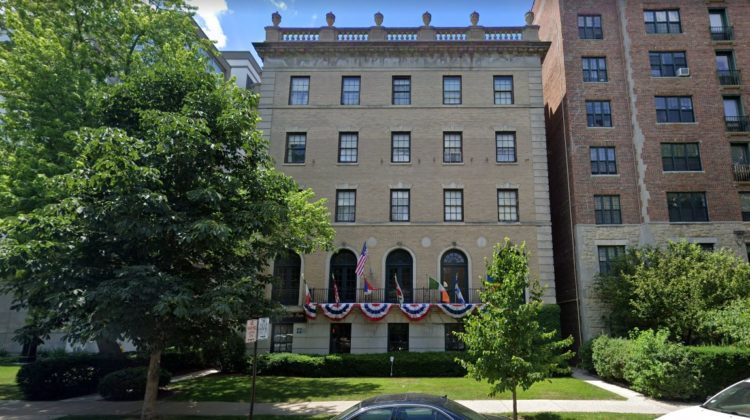 The Margarita Inn at 1566 Oak Ave. is one of the hotels used to house the homeless during the pandemic. (Google Maps)

An Evanston city staff report says the cost of providing aid to the homeless in Evanston during the COVID-19 pandemic will total $7.3 million by June of this year.

The report, to be presented to aldermen at Tuesday’s City Council meeting, says the city will pay nearly $1.7 million of that cost with the non-profit Connections for the Homeless covering the rest.

The ultimate funding sources for both organization’s programs include a variety of state and federal grants as well as private fundraising.

The effort has involved providing emergency shelter at hotels that had lost their usual clientele of business and leisure travelers and providing financial assistance for people to move into more permanent housing in rental apartments.

The report says 327 people, including 70 children, have been unhoused in Evanston at some point during the pandemic and that the programs had managed to move 177 people into homes between March and December of 2020, with 109 of those people coming from hotels or other emergency shelters.

It says the chronically homeless were most impacted by the pandemic initially, but they were joined later by people whose unstable housing situations ceased to be viable over concerns about how to quarantine and shelter in place.

“Thanks to ongoing partnerships and tremendous effort,” the report says, there’ve been only two identified cases of COVID-19 in the homeless population in Evanston.

That would amount to a rate of 0.6%, compared to a rate of nearly 4.6% in the Evanston population as a whole.

It says the temporary shelter at the Margarita Inn provides housing for about 70 people with 20 more staying at Interfaith Action’s overnight shelter. And the report estimates that about 50 additional individuals are currently unsheltered.

The operating costs for the Margarita Inn shelter amount to about $3,200 per bed per month, the report says, compared to an average cost of $1,250 per month for permanent supportive housing.

In addition, the report cites an estimate from the National Alliance to End Homelessness that supportive housing costs about half as much as having a chronically homeless person living on the street and cycling “in and out of emergency departments, inpatient hospital stays, psychiatric centers, detoxification programs and jails.”