Newly released census figures show the number of vacant dwelling units in Evanston more than doubled from 2000 to 2010, rising from 3.8 to 9.4 percent.

The vacancy level was higher than the city-wide average in only four of the city's 18 census tracts.

Those neighborhoods illustrate in different combinations the main drivers of the vacancy increase.

Those include a dramatic increase in new construction early in the decade, a soaring number of risky mortgage loans and the dramatic slowdown in the national housing market as the decade drew to a close.

Two of the census tracts with the highest vacancy rates also are the ones in Evanston hardest hit by the foreclosure crisis.

Tract 8092 in the 5th Ward, north of Church Street and east of the North Shore channel, has a 16.5 percent vacancy rate according to 2010 census figures, an increase of 159 percent from a 6.4 percent level a decade earlier.

The two other tracts with high vacancy rates are among the ones that saw the most new condominium construction during the decade just past.

Tract 8905, which includes the section of downtown west of the Metra tracks, includes two large condo projects that developers have lost control of to their lenders. In that tract the vacancy rate rose from 4.6 percent in 2000 to 15.1 percent in 2010.

And tract 8094, which includes the section of downtown east of the Metra tracks, has seen its vacancy rate rise from 4.1 percent to 14.7 percent at decade's end.

Only one census tract saw a decline in vacancy levels during the decade. Tract 8090, which includes northwest Evanston south of Central Street and west of Bennett Avenue, saw its vacancy rate decline from 6.28 percent in 2000 to 5.8 percent in 2010. 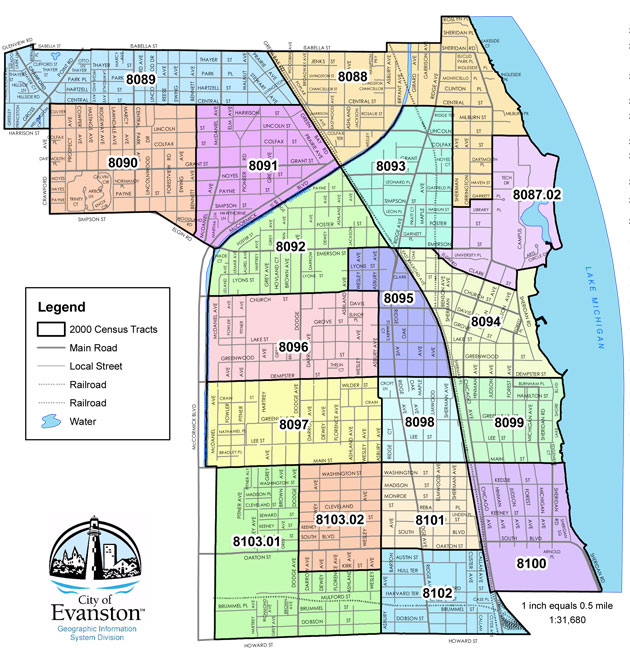 Evanston's housing vacancy rate in 2010 was slightly better than the 9.8 percent recorded for Cook County as a whole, and much lower than the 12.5 percent recorded in Chicago. But it was higher than  the rate in nearby suburbs — including Skokie at 6.1 percent and Wilmette at 5.3 percent.