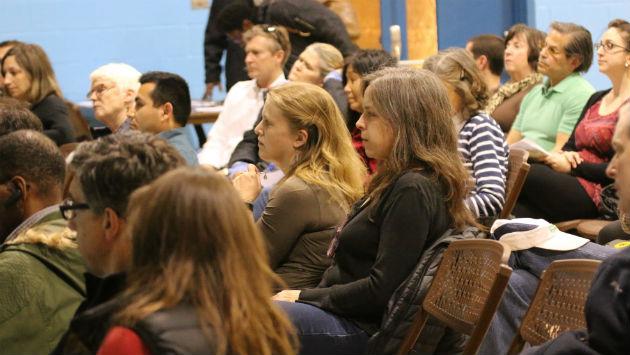 Dozens of Evanston residents offered suggestions Tuesday evening for a wide array of featues in a new Robert Crown Center — including that it should have a skybox-like restaurant and bar area over the ice rink from which parents could watch their kids skate.

The ideas were presented during a community meeting in the gym at the current Crown Center with consultants from Woodhouse Tinucci Architects and City of Evanston staff taking notes and providing responses. 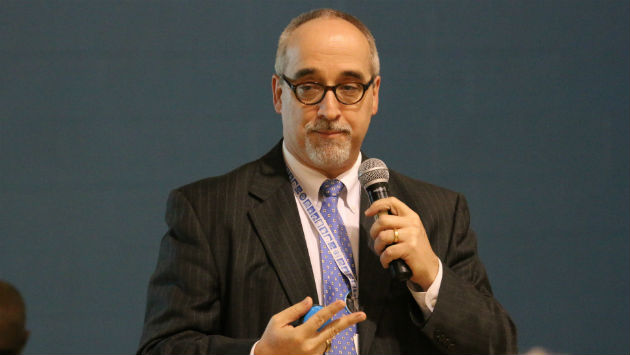 Assistant City Manager Marty Lyons said the idea of a restaurant with liquor service had been part of an earlier concept for a new recreation center — when the city had hoped to have a private developer build and operated it for the city.

He said it could be a tougher sell in the current model — which would have the city build and operate the center — but “it’s on the table for consideration.”

He suggested that the city would likely contract out any restaurant operation to a private company.

Residents offered dozens of other ideas, from including diaper changing tables in the restrooms to adding sidewalks along the Lee Street periphery of the site.

More space for art classes, indoor tennis courts, a roof-top garden and an indoor swimming pool were among other suggestions made.

Several residents of the neighborhood directly adjacent to the center voiced concerns about how to handle traffic and parking around the new, larger facility.

Nothing’s been designed yet, the residents were told, and the city wants to get as much feedback as possible before starting the formal design process — which is probably still a couple months away.

Private fundraising has generated $7.5 million in commitments for the Crown project so far, with additional fundraising planned over the next several months.

The city and the library board have committed to issue bonds totalling $12.5 million to partially fund the new center.

Tentative plans call for having two ice rinks, a branch library, and an indoor running track plus space for a pre-school program and multi-purpose meeting rooms.