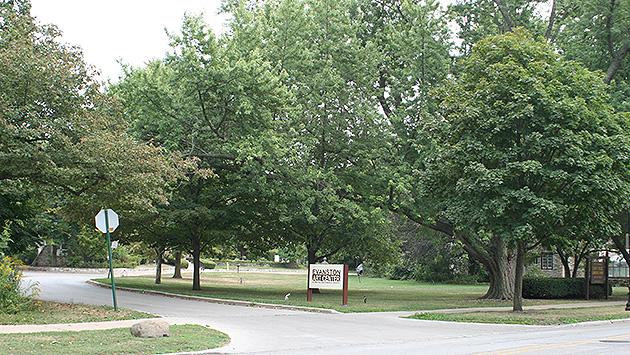 Driving around town with a camera the other day, the thought crossed my mind — why not build affordable housing at the Harley Clarke mansion?

There's that big lawn out in front of the house, facing Sheridan Road, that's hardly ever used.

And the city has learned a lot about how to build attractive affordable housing from its partnership with Brinshore building the new Emerson Square development. 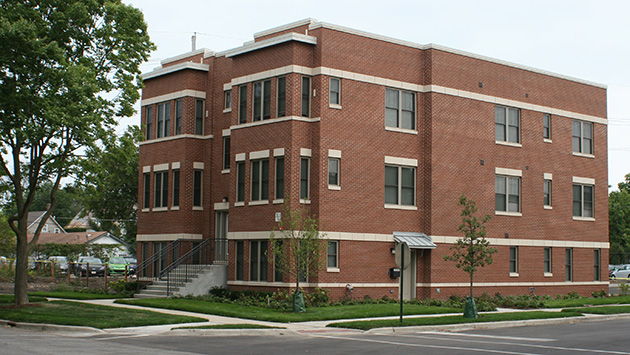 Top: The deep lawn in front of the Harley Clarke mansion. Above: a new six-flat affordable housing building at Emerson Square.

While Emerson Square got a kick-start from the city's $18 million federal Neighborhood Stabilization Program grant, most of the money came from tax-advantaged private funding Brinshore lined up. So if the city contributed a chunk of the mansion land — a lakefront project just might be financially feasible.

And certainly in a town that prides itself on diversity, one of our least economically diverse neighborhoods could benefit from a dollop of affordable housing … 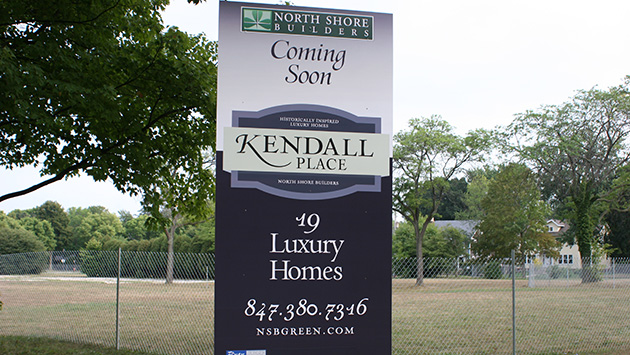 especially after the neighbors ensured that the low- and moderate-income Kendall College students who used to live in the neighborhood would be replaced by residents of million-dollar-plus single family homes.

Why maybe the mansion itself could be turned into senior citizen housing — a bit like the Mallinckrodt in Wilmette.

And the beach could remain open to the public — along with the other park land to the north and south of the mansion.