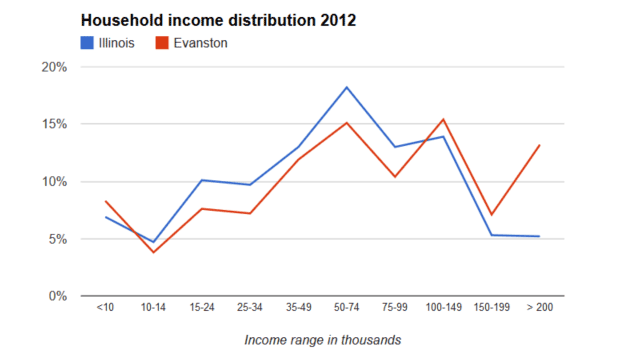 One of the theories behind the inclusionary housing ordinance that aldermen sent to a subcommittee this week for revamping is that housing costs in Evanston have increasingly tended to exclude people who aren't rich.

To test that claim, we compared U.S. Census data that shows how households in Evanston and the state are distributed into different income bands. 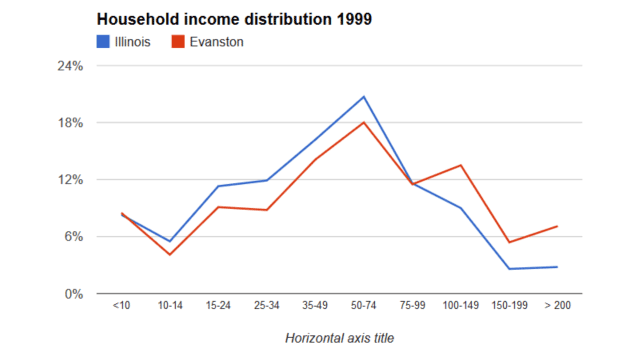 One limitation of the data is that the 1999 figures are not adjusted to reflect inflation — which totalled 38 percent between 1999 and 2012.

So, in terms of buying power, wherever they were on the income spectrum, people at that point in 1999 were better off financially that people at the same point on the distribution were in 2012.

But the charts still show clearly how Evanston's population compared to the state's population at the two points in time.

And they indicate that Evanston had more residents than the statewide average both at the very bottom and the very top of the income distribution in 2012 than it did in 1999.

The data also shows that Evanston had somewhat fewer than the statewide average of people toward the middle of the income distribution at both points in time.

You can find the original data used in this report by following links on this page of the U.S. Census website.