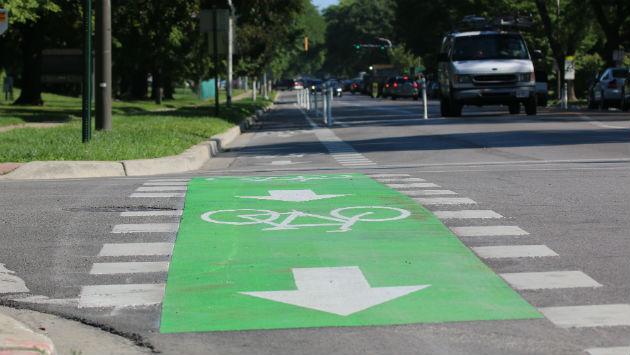 With some residents along Dodge Avenue in Evanston wondering how the city is planning to keep the new protected bike lanes clean, we asked Public Works Agency Director Dave Stoneback about that.

Stoneback says the city plans to clean the lanes every two weeks — the same schedule as before the bike lane installation.

They were cleaned two weeks ago, he says, and again on Tuesday this week.

Stoneback say that when it rains, storm water picks up and moves debris on the street to the drainage structures, resulting in large piles of debris at these locations. And he plans to assign the summer youth employees to help pick up and remove these debris piles.

The rest of the street will still be cleaned using the regular street sweeper.

The four-mile ride will travel south to the Levy Center before returning to its starting point. Participants must provide their own bike or rent one from the Divvy Station. All riders are strongly encouraged to wear a helmet; helmets are required for those under the age of 18.