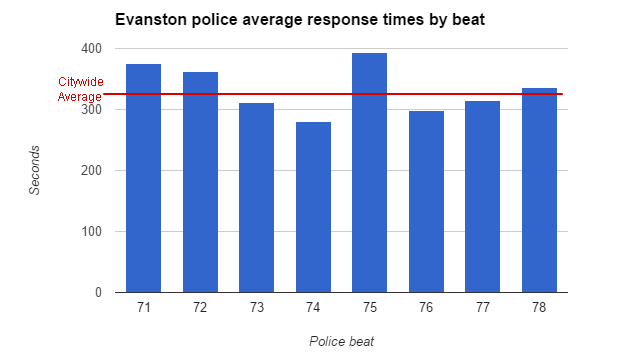 An Evanston aldermanic candidate recently said there's a perception in the community that police are slow to respond to calls for service from residents of the city's 5th Ward.

Data from the police department indicates there are variations by neighborhood in how fast police respond to calls, but that police respond more quickly than average to calls from the 5th Ward. 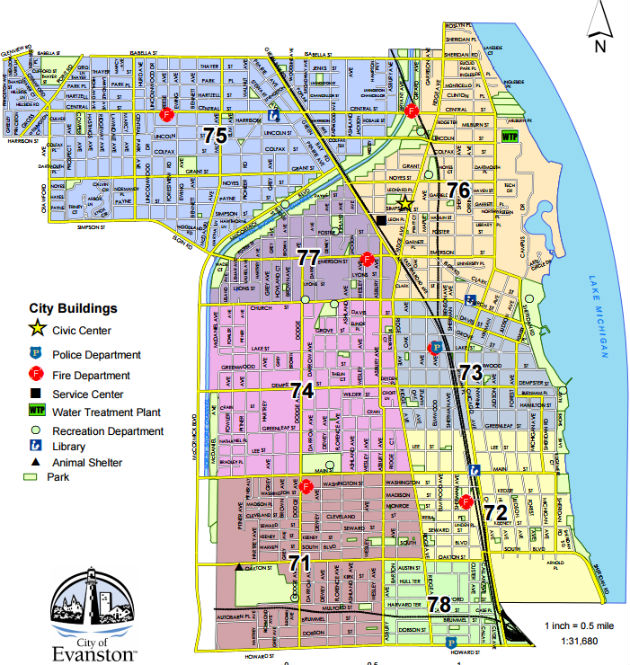 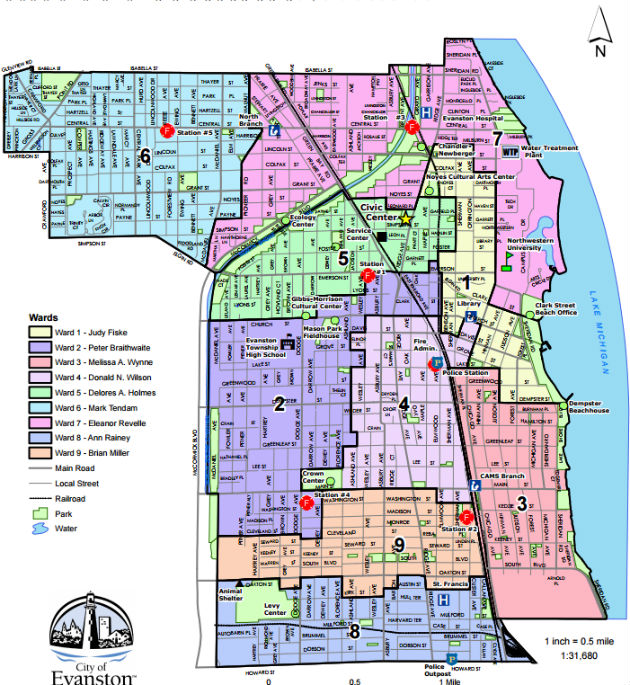 He says they reflect both emergency calls, for a crime in progress, and cold reports — for example, a burglary that apparently happened yesterday.

On average citywide, the data shows the police responding fastest — in under 3.5 minutes — to shots fired calls, while the longest average response time — nearly 7 minutes — is to suspicious person calls.

But even those shots-fired calls, Dugan says, which are always high priority, are mixed in with calls around the Fourth of July that tend to be fireworks-related.

The city's police beats vary widely in size — covering areas ranging from about a third of a square mile to nearly two square miles.

Some boundaries appear to be dictated by geographic features like the canal and railroad tracks while others may reflect the amount of crime in an area when the beats were set up.

Police Chief Richard Eddington said the existing boundaries were drawn at least three decades ago and that for reporting purposes it would be difficult to change them now.

But in addition to a beat car on each beat each shift, the department has additional officers on special assignments who can switch from one beat area to another depending on the demand, which makes matching beat boundaries to crime levels less significant.