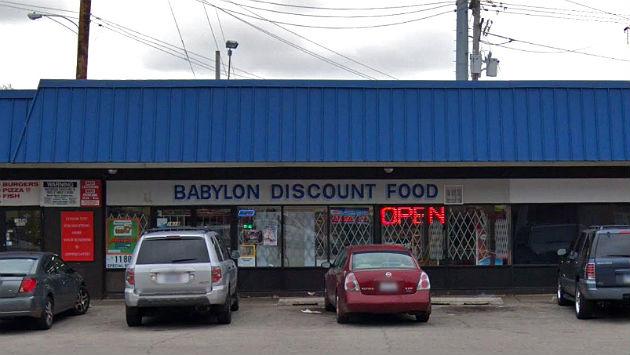 Depending on how you measure it, several neighborhoods in Evanston have limited access to full service food stores.

Data from the U.S. Department of Agriculture, published in 2015, says no census tract in Evanston has a substantial number of low income residents who have to travel more than a mile to a supermarket.

But if you narrow the distance range to a half mile, then four of the city’s 18 census tracts have the access problem.

Yellow highlighting marks low-income census tracts in and around Evanston in which many residents are more than a half mile from a supermarket.

In tract 8092, in the western portion of the 5th Ward, nearly all residents are more than a half mile from a supermarket and 42 percent are also low income.

In tract 8093, which includes portions of the 1st, 5th and 7th Wards, nearly all residents are more than a half mile from a supermarket and 57 percent are also low income.

In tract 8087.02, which includes portions of the 1st and 7th Wards, 61 percent of residents are more than a half mile from a supermarket and 27 percent are also low income.

And in tract 8102 in the 8th Ward, 22 percent of residents are more than a half mile from a supermarket 4 percent are also low income.

The City Council last month in adopting its goals for 2019-20 set as one of its metrics for judging how much it has improved the built environment, assessing the “percentage of households of low to moderate income or minority status who are within one mile of a full-service grocery store.”

It would appear from the USDA data it has already achieved a near-perfect score if that’s the metric.

But Alderman Robin Rue Simmons, 5th Ward, says too many families in her ward are “food insecure.”

She said she appreciates the convenience a small market like Babylon Foods on Emerson Street offers, but that the neighborhood needs a larger store that would provide access “to wholesome food, fairly priced, in abundance and not priced at a premium because of convenience.

She said many residents of the ward have food stamp Link Cards, which aren’t accepted by food delivery services like Instacart, and also lack access to transportation.

“The fact they have to go to neighhorhood convenience stores to get what are often dated and non-fresh food items to feed their families is inequitable,” Rue Simmons added.

She suggested that if the Robinson Rentals property, which includes the strip mall housing Babylon Foods is redeveloped, it could become the site for a new, larger market that would have fresh foods and become “a mini-version of Whole Foods” for the neighborhood.