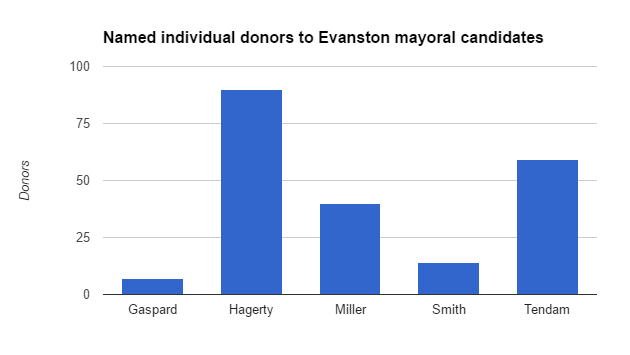 State campaign finance records show that at least among people willing to pony up $200 or more to back their favorite candidate, Steve Hagerty led the pack in the Evanston mayoral race.

The state only requires that donors who give $200 be identified by name, and among those donors, Hagerty led with 90 supporters to 59 for Alderman Mark Tendam, 40 for Alderman Brian Miller, 14 for Jeff Smith and 7 for Gary Gaspard.

Hagerty won the April 4 general election by just a percentage point over Tendam. The other three candidates were eliminated in the February primary.

In analyzing the state data, Evanston Now excluded contributions the candidates made to their own campaigns and contributions from political action committees. We also de-duped the list so that individuals who made more than one contribution were only counted once. 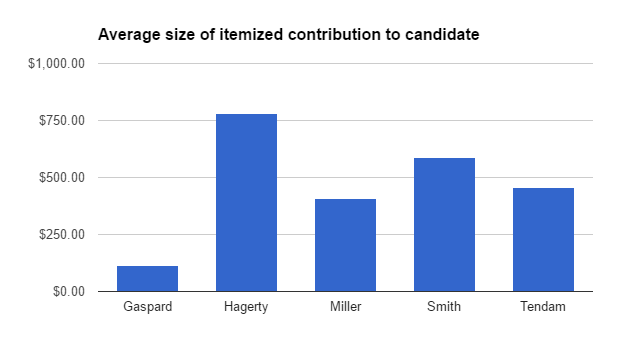