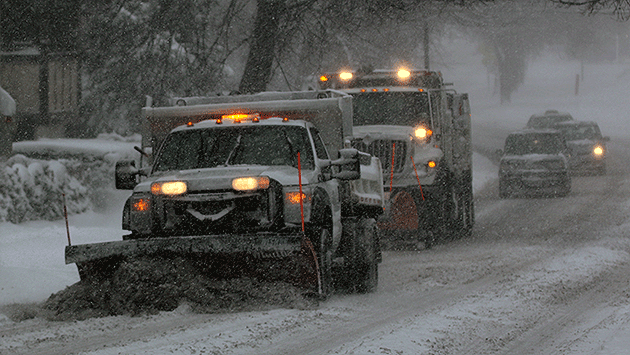 Evanston could get anywhere from three to seven inches of lake effect snow starting about 10 p.m. tonight and continuing through noon Tuesday.

“Pinpointing exactly where in the Chicago area the heavy snow will fall is difficult but Evanston is in the threat area,” Maiworm says.

After noon on Tuesday, the snow is then expected to begin to shift to the southeast and away from our area.

Maiworm says Public Works has a larger than normal crew on standby overnight to respond to this threat if necessary. Crews are ready to begin plowing and salting as soon as conditions require.

Parking restrictions, he says, are possible with this next round of snow.