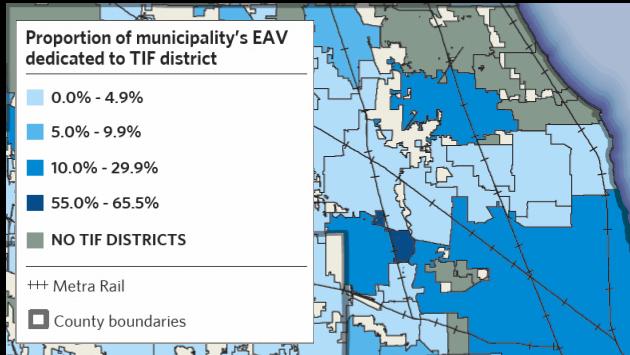 The report from the Chicago Metropolitan Agency for Planning looks at three types of local government aid to business development:

Autobarn is looking for all three. 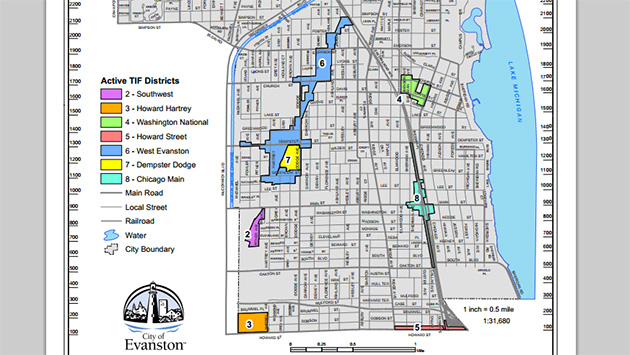 Evanston has seven current TIF districts, as shown on this map from the city. Another — the Downtown II district — has expired after completing its 23 year run.

Evanston TIF districts generated $6.6 million in incremental tax revenue in 2012 according to a report from Cook County Clerk David Orr.

The CMAP study shows that among communities that have TIFs, Evanston was in the lowest group in terms of the percentage of the city's total equalized assessed valuation that was tied up in TIF districts — at less than 5 percent. (See page 23 of the report for a larger map showing data for the entire metro region.)

While more affluent communities to the north of Evanston are among those that have not used TIFs at all, others have used them much more extensively — including Glenview in its redevelopment of the former naval air station property. 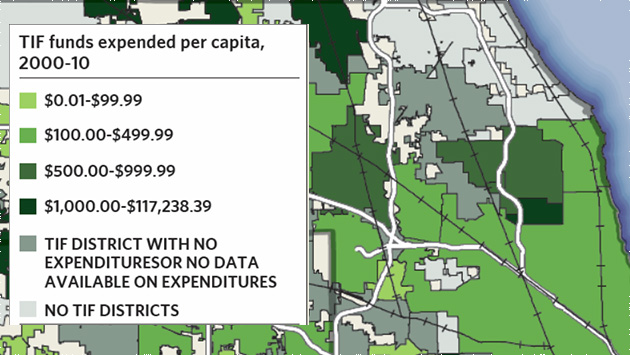 The CMAP report also shows that Evanston spent less per capita on TIF developments over the past decade than some of its nearby neighbors — including Lincolnwood and Skokie. (The full regional version of that map is on page 24 of the CMAP report.)

While details of the Autobarn proposal — which would move its service facilities and much of new and used car inventory storage to the former Shure headquarters at 222 Hartrey Ave. — are still being developed — expansion of the Howard-Hartrey TIF district to include the site is expected to be part of the ultimate request.

A neighborhood meeting to discuss the project is scheduled for 7 p.m. Tuesday at the Levy Center, 300 Dodge Ave.

The series continues with reports on sales tax rebates and property tax incentives.