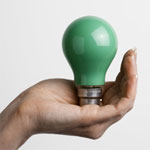 Evanston officials have scheduled two public hearings on how to implement the electric power referendum that passed with 73 percent of the vote this week, and local activists are planning a big push for using renewable energy.

The referendum lets the city select a new default electric supplier, other than ComEd, for residential and small business customers.

Meanwhile, Citizens' Greener Evanston, an environmental activist group, is organizing supporters to speak in favor of having the city buy 100 percent renewable energy as the new default choice at Monday's City Council meeting.

The council is scheduled to vote on governance plans for the electric aggregation program on April 10.

After that the city will conduct a competitive bidding process to select an alternative supplier and seek a cheaper, and possibly cleaner, energy supply than is currently available through ComEd.