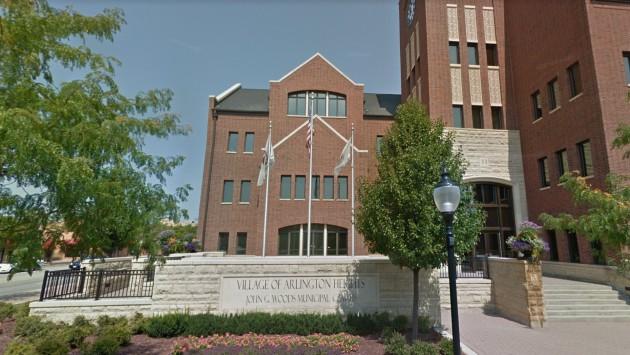 Former Gov. Pat Quinn, who has circulated petitions for a referendum to create a voter initiative process for adopting ordinances in Evanston, says the only Illinois community that already has such a procedure is Arlington Heights. Here’s how that ordinance compares with what’s being proposed for Evanston.

The Village Board then considers the proposal and may accept, modify or reject it.

In the Evanston version the process would start with 25 residents asking the city clerk to draft a proposed ordinance. The supporters would then need to collect roughly 2,800 petition signatures to get the proposal before the City Council for action.

In Arlington Heights, if the petitioners are dissatisfied with the Village Board’s decision, they can name three managers of their group and collect additional petition signatures — currently equivalent to 6,218 signatures in Evanston.

Within 100 days after they submit the required signatures, the Village Board must either adopt the proposal “in substance” or submit it to the voters, unless the village attorney rules the proposal is unconstitutional or conflicts with state statutes.

However, if the Village Board amends the proposal, the managers of the petition drive can decide, by majority vote, whether they’re satisfied with the substitute ordinance and call off the referendum.

In the Evanston version, the City Council would now get its first look at the proposed ordinance and have roughly 100 days from the time the petitions were submitted to act on it.

There’s no provision in the Evanston plan for addressing possible constitutional infirmities of the proposed ordinance or for handling amended versions of the ordinance that the City Council might adopt. If the Council doesn’t adopt the language the city clerk initially drafted, it goes to the voters on a referendum ballot.

In Arlington Heights, if the voters approve the referendum, the new ordinance goes into effect, but the Village Board is free to repeal it.

In the Evanston proposal, if the voters approve a proposed ordinance at referendum, the City Council has 30 days to reject it by adopting a resolution. As with any other ordinance, it presumably would also be subject to amendment or repeal by the Council at any future date.

Initiation of Ordinances. The Village Board, upon petition by at least one percent of the registered voters of the Village as computed at the last general election at which Representatives to the United States Congress were elected, shall consider any proposal contained in the petition to amend, add to or delete from the general ordinances contained in the Municipal Code of 1995, as amended. The petition shall be filed with the Village Clerk at least ten days prior to a regularly scheduled Village Board meeting at which consideration of the matter is sought. The filing of the petition shall require placing of such matter upon the agenda for consideration by the President and Board of Trustees.

Any petitioner dissatisfied with the outcome of the one percent petition procedure of the preceding paragraph may invoke the 12 percent petition procedure of this paragraph. The Village Board shall upon petition of at least 12 percent of the registered voters of the Village as computed at the last general election at which Representatives to the United States Congress were elected, consider any proposal contained in said petition to amend, add to or delete from the general ordinances contained in the Municipal Code of 1995, as amended. Said petition shall be filed with the Village Clerk at least ten days prior to a regularly scheduled Village Board meeting at which consideration of said matter is sought. The Village Board shall either pass the proposed ordinance in substance within 90 days after the proposal appears on the Board agenda or the proposal shall be submitted to a vote of the electors at the next regularly scheduled election, unless it is rejected by the Village Board of Trustees upon advice of the Village Attorney stating that the proposed ordinance is in conflict with any Constitutional provision, existing statutes or ordinances of other preempting jurisdictions. Any such petition shall appoint three managers who shall serve as spokespersons and shall have the power to withdraw the petition after the Village Board action on such petition, if a majority of such managers are satisfied with such action.

The people of Evanston provide that the offices of City Clerk, Mayor and aldermen of the City Council have the power and duty to determine the necessary and proper procedural rules regarding the passage of city ordinances and the express duty to assist the people of Evanston in exercising their right to petition and make known their opinions regarding the consideration and passage of city ordinances. At the request of at least 25 Evanston electors, the City Clerk shall promptly cause a proposal to be drafted into ordinance form, including an official summary of the proposed ordinance. The official summary of the proposed ordinance may be introduced by a petition filed with the City Clerk and signed by a number of electors equal to at least eight percent of the total votes cast in Evanston for candidates for Governor in the preceding gubernatorial election. The procedure for filing the petition and determining its validity and sufficiency shall be established by the City Clerk, who shall make the determination of validity and sufficiency within 21 days of a petition filing.