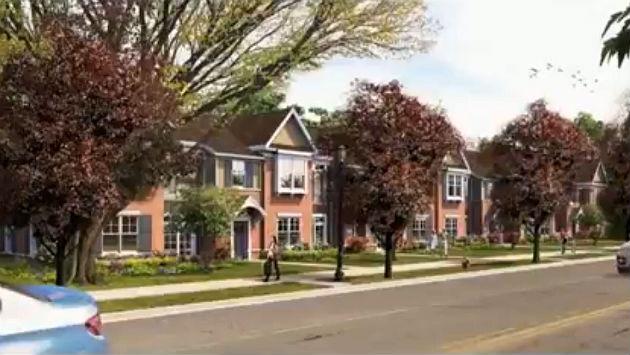 During discussion of the proposal, board members repeatedly noted that under the zoning code the developer could build as many as 10 much larger units on the site at 3233-3249 Central St. under the current R4 zoning as of right, without needing approval for any variations.

But the board voted 4-1 against the variations needed, with most members saying the request didn’t meet the hardship standard required to grant variations.

That outcome illustrates one of the ways in which zoning rules pose obstacles to the construction of modest-sized, relatively affordable new housing in the city.

Developer Dan Schermerhorn told the board he saw a need for smaller-scale housing that would be accessible to older residents and others who may have mobility issues.

His architect designed a project that would maximize the number of ground-floor accessible units. But the design required variations for the number of dwelling units, the building lot coverage and the amount of impervious surface coverage.

Each of the units would have been about 1,200 square feet in size, including two bathrooms, and would have rented for about $2,500 a month.

Back in 2005, just a couple blocks to the east, a much different development was constructed at 3106-3114 Central, also in the R4 zone, which does not appear to have required any zoning variations. 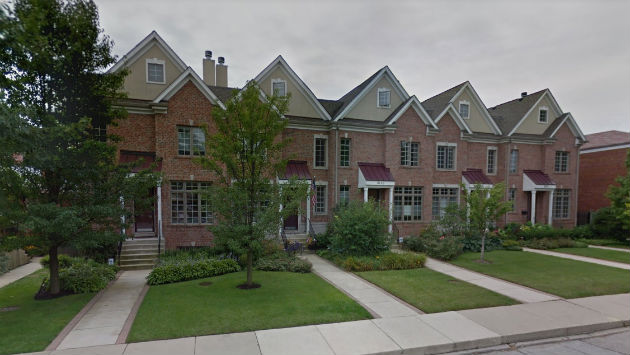 These row-house style condominiums, according to the real estate website Zillow have, on average, just under 3,000 square feet of space on three levels, in addition to finished basements, three or four baths and three or four bedrooms. They and are estimated to have a rental value, if they were rented out, averaging $4,533 per month.

If Zillow’s estimates are accurate, then 10 such units built on the site in the 3200 block might bring in $45,330 in monthly rent, compared to the $35,000 Schermerhorn had hoped to get for the 14-unit project the ZBA  rejected Tuesday night.

Neighbors said the development Schermerhorn proposed was too dense and would change the character of the immediate neighborhood, which has many modest-size homes build in the ’50s and ’60s.

But a development targeted to those with much higher incomes, which could be built of right, could be taller and denser in terms of square footage, than the project the board rejected.