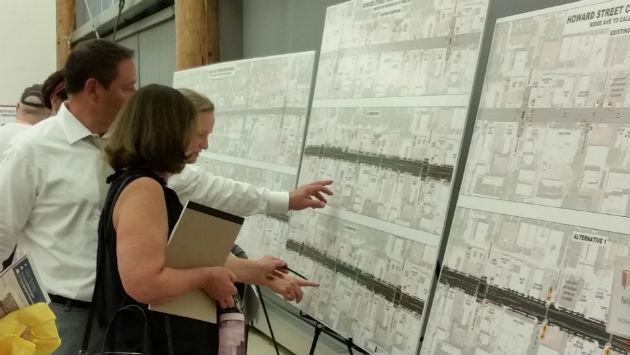 Residents of Evanston and Chicago’s Rogers Park neighborhood got a chance to comment Wednesday night on plans to improve the Howard Street corridor with new bike lanes, lighting and streetscape enhancements.

Initial funding for the collaborative project between the two cities was provided by a $2.4 million federal grant Evanston received through the North Shore Council of Mayors. 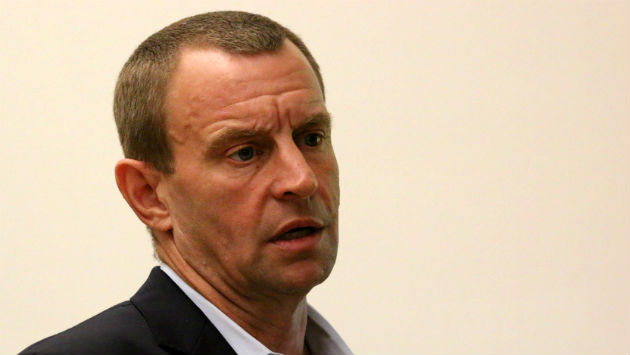 Mike Kerr of the consulting firm hired for the project in March, Christopher B. Burke Engineering, said the work would extend from Hartrey Avenue on the west to Callan Avenue on the east.

But the most extensive changes are planned for the stretch from Asbury to Ridge Avenues. That area will likely get streetscape improvements to match upgrades done about 15 years ago on the section of Howard east of Ridge — including adding bike lanes and eliminating the second westbound travel lane — which is present only in that stretch of Howard.

Especially from Hartrey to Dodge, she said, “It needs some sprucing up, some sparkle.” And she promised that the new effort would be “a real transformative project.”

Some residents at the meeting objected to the idea of providing more features for bike riders.

Lara Biggs, of Evanston’s Public Works Agency, said under terms of the federal grant the project needs to fully consider the needs of all modes of transportation — pedestrians, cyclists, bus riders and motorists.

But she said the exact nature of the improvements is still open to discussion.

Pedestrian bumpouts at intersections, interconnection of traffic signals to improve traffic flow and addition of more parkway trees and street furniture are among the other improvements planned, along with resurfacing the roadway.

The project is still in the preliminary engineering stage, and construction work isn’t expected to begin until 2019.