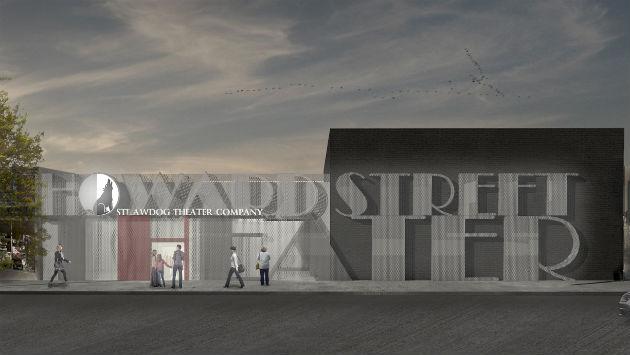 Evanston's city manager now is asking for more time to work out details of a planned deal with Strawdog Theatre Company to build a new theater on Howard Street before signing a short-term lease with the group for office space.

A vote on the proposal to approve the office space lease was postponed at a City Council meeting two weeks ago when some aldermen raised questions about the escalating cost of the theater construction plan — now pegged at a minimum of $5.5 million — and the lack of clarity about who would be paying for it.

The Council was also short-handed that night, with two of its nine members absent.

From a memo prepared for aldermen for tonight's meeting, it appears the questions about long-term costs remain unanswered.

City Manager Wally Bobkiewicz says staff plans to work with Strawdog and Ross Barney Architects, the firm hired by the city to dsign the planned theater space at 717-729 Howard, to "refine the costs associated" with the project and "prepare a list of potential responsibility of funds for each entity."

Bobkiewicz says he plans to update aldermen about the progress of the talks, and the proposed lease of the former police outpost at 633 Howard for temporary office and rehearsal space, at their June 13 meeting.