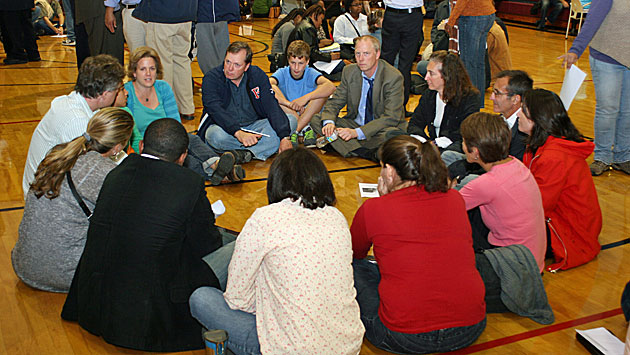 Over 400 people crowded Evanston's Fleetwood-Jourdain Center Tuesday night to suggest ways to combat youth violence in the wake of the slaying of 14-year-old Dajae Coleman.

The recreation center ran out of tables, so some folks exchange ideas while sitting on the gymnasium floor.

Over 400 people crowded Evanston's Fleetwood-Jourdain Center Tuesday night to suggest ways to combat youth violence in the wake of the slaying of 14-year-old Dajae Coleman.

City officials also announced at the meeting a gun buyback program to be funded in cooperation with the Evanston Community Foundation. The foundaiton has pledged $1,000 to launch the program and is accepting contributions toward a $10,000 goal on its website. 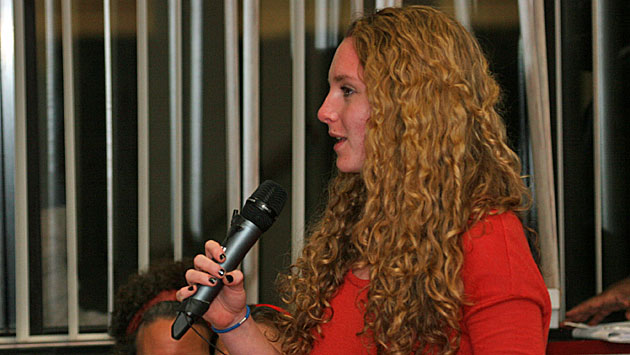 Kiley Leff, an ETHS sophomore, said the city needs a teen center where young people could feel safe and comfortable.

Mayor Elizabeth Tisdahl called the meeting after Coleman's death. Wesley Woodson III, 20, has been charged with first degree murder in the shooting.

Police say Woodson fired on a group of youths walking in the 1500-block of Church Street after mistakenly concluding they were the ones who had beaten up one of his relatives after a party on the city's northwest side. 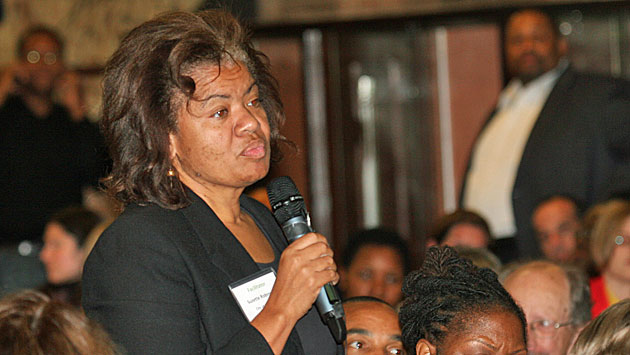 Suzette Robinson, Evanston's Public Works Director, said the mothers and grandmothers at her table focused on the need for parents to be aware of what their children are doing and deal with problems as soon as they see them.

Although violent crime in Evanston has generally declined in recent years, the death of Coleman, an honors student and basketball player, has sparked renewed efforts to reduce the problem even further.

City officials began the meeting by reading off a long list of city programs designed to provide alternatives to violence for teens and young adults.