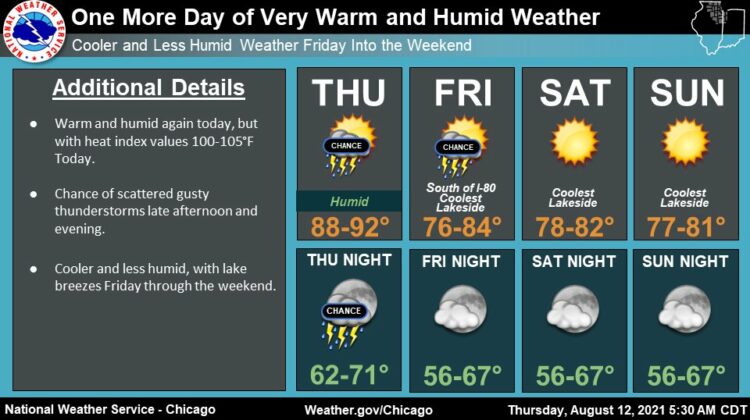 Several hundred Evanston households remained without electric power Thursday morning, a day and a half after a severe thunderstorm knocked out service to thousands of customers in the city.

ComEd says that while it has restored service to the bulk of the customers who lost power, it make take until 3 p.m. Friday to fix the problems that have caused blackouts for the remaining homes.

The National Weather Service says we’re in for hot, steamy day Thursday before milder weather arrives on Friday. No severe storm warnings yet for Evanston for Thursday, though, in contrast to the last few days.