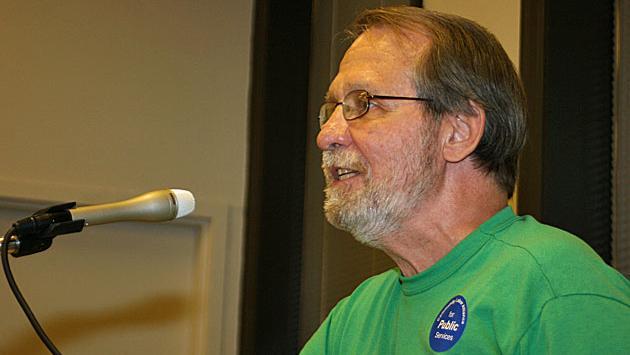 Despite arguments from supporters of the city's employee unions that they should halt all privatization efforts, Evanston aldermen this week appeared to support plans for more spending cuts to balance the city's 2012 budget.

City Manager Wally Bobkiewicz and other top officials reviewed for the City Council Monday night about 40 ideas for reorganizing city services that were developed from a community input process earlier this year.

Most of the suggestions don't yet have dollar figures attached, but those that do add up to about $4 million, through a combination of spending reductions and new revenue.

During public comment at the meeting, union supporters, who've been advertising a petition drive against outsourcing in a local newspaper, argued that in the long run it costs the city less to keep providing services in house, rather than contracting them out to the private sector.

One speaker, Linda Balla, an employee at the city's library, said the private contractor providing overnight custodial services at the library "doesn't seem to care," and its sloppy work has created a terrible mouse problem at the library.

Bobkiewicz has argued for a cautious approach to privatization — trying to make sure that any contracting out of services actually saves the city money and provides a quality level of service.

The aldermen took no formal vote on any of the proposals, many of which do not involve privatization — but directed the city manager to keep moving ahead on them in preparing the budget that he's to submit to the council in early October.

"I think you're on the right track," said Alderman Judy Fiske, 1st Ward. "This is a huge help."

The only change in direction was that one idea Bobkiewicz said he had decided not to pursue — that of increasing the options for selling liquor at city facilities — was put back on the list, at the suggestion of several aldermen.

Council to get ideas for $4M in budget savings