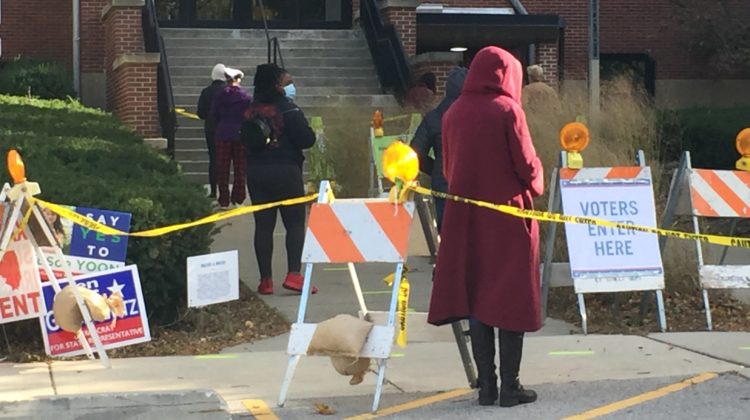 Only a few voters were waiting to cast their ballots this afternoon on the last day of early voting at the Civic Center.

Early in-person voting numbers for this presidential election were down nearly 20% in Evanston compared to 2016.

However, the combination of early ballots put into drop-boxes, plus mail-in votes may more than cover the local decrease. Only in-person votes are included in the early voting count from the Cook County Clerk’s office.

Early voting closed at 5 p.m. today, although those still in line at that hour were allowed to cast their ballots As of 6 p.m., 11,186 people had voted early at the Morton Civic Center since early balloting began last month. That compares to a total of 14,082 in the 2016 election.

Requests for mail-in ballots are also shattering records. The County Clerk’s office says it received more than 564,000 such requests, with more than 381,000 returned as of yesterday.