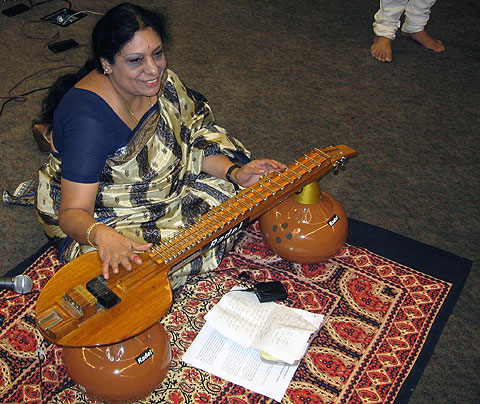 Several dozen people watched as she played the instrument that typically is used to play Karnatak or South Indian classical music.

The Veena is somewhat akin to the Sitar, a Northern Indian stringed instrument that was introduced to many Americans in the 1960s when it was featured in some recordings by The Beatles.

Prasad is the author of a book on the Veena and has compsed and directed music for Indian films and television shows.