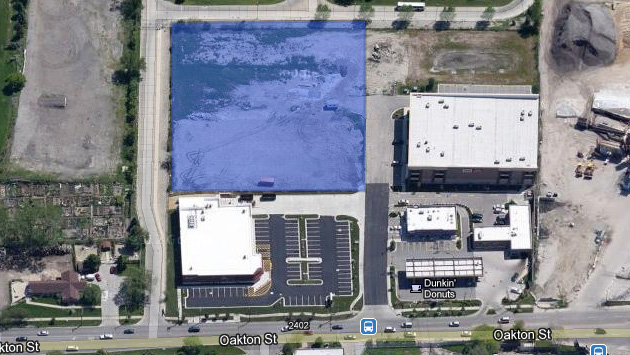 Evanston alderment tonight get a proposal to change the city's zoning that would clear the way for two new indoor recreation facilities in town.

Evanston alderment tonight get a proposal to change the city's zoning that would clear the way for two new indoor recreation facilities in town.

The change would make indoor recreation facilities a permitted special use in I2 industrial zones. It was approved by the Plan Commission earlier this month.

The change is being sought by would-be developers of two new facilities.

One would be located behind the GFS Marketplace store on Oakton Street. That site is just down the street from the city's former recycling center which several non-profit sports groups unsuccessfully negotiated with the city last year to convert to a similar use.

The would-be developers of the site are Randall Mayne of 321 Lake St. and William Kindra of 1728 N. Manor Ave. in Chicago.

Mayne is a member of Evanston's Parks and Recreation Board and a director of Evanston Youth Lacrosse.

The two say they are in good-faith negotiations with the current owner of the parcel to acquire it, contingent on approval of the zoning change.

They plan to build a "bubble" facility — which Zoning Manager Dennis Marino described as a fabric building with a metal frame — that would offer multiple indoor sports fields with facilities for soccer, lacrosse and baseball that could be rented out to athletic groups for practices and games.

The second project that would benefit from the change comes from the Evanston Soccer Association. It wants to use an existing warehouse-style building in an I2 zoned district on Dempster Street between Dodge and Hartrey avenues for practices and matches.