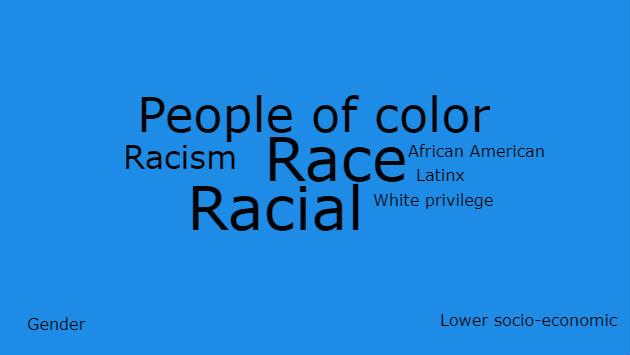 Evanston’s new equity and empowerment coordinator, Patricia Efiom, will seek Human Services Committee approval Monday for a plan of action with seven goals she hopes the city will focus on over the next 18 months.

A reader of the four-page plan would conclude that essentially all the city’s equity issues are tied to race.

Race and related terms are mentioned 16 times in the document, while gender and socio-economic status are each mentioned only once. Issues of equity for the disabled and the elderly are mentioned not at all.

There’s no doubt that race is an important factor that needs to be addressed to make Evanston a more equitable community.

But where in this plan are the issues raised by the Bernie Sanders presidential campaign last year of economic inequality and how low and moderate income people of all races are suffering in this economy?

To point to just one recent example, it’s not just black and Latino residents who are affected by the relative over-assessment of homes in moderate income neighborhoods.

Given that blacks and Latinos are more likely than whites to also be poor, there’s a big overlap between issues of poverty and race.

But to systematically exclude consideration for the poor who happen to be white from the discussion of equity burns bridges to potential political allies and encourages the political polarization that at the national level has brought us our current president.

Evanston can do better than that.