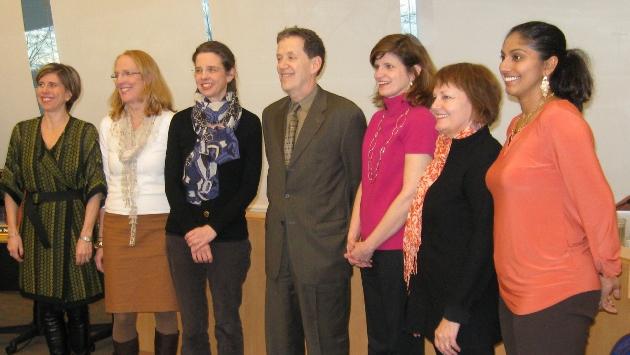 The Evanston/Skokie District 65 School Board voted unanimously Monday night to appoint Dr. Paul Goren as its next superintendent, subject to final contract negotiations.

Goren, an Evanston resident, is expected to start work on or about July 1.

In the meantime, he said, he is wrapping up his current job as senior vice president for program at CASEL:Collaborative for Academic, Social, and Emotional Learning, in Chicago.

Goren made some brief remarks of acceptance and said he will take considerable time "to listen and to learn" before he assumes the superintendency.

He said he looks forward to strengthening the partnership between District 65 and Evanston Township High School District 202, an alliance he characterized as "growing ever so stronger."

Goren will succeed Hardy Murphy,who resigned the superintendent's post in August after 13 years and is currently a research scientist/scholar at the Center on Education and Lifelong Learning of the Indiana Institute on Disability and Community of Indiana University in Bloomington.

The board also made two other appointments at Monday's meeting by naming Beatrice Davis as assistant superintendent of human resources and Patricia Murray as principal of Kingsley Elementary School. Both had been serving in an interim capacity.