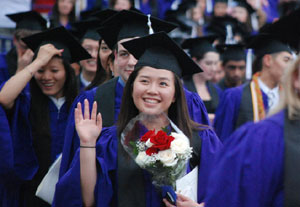 Thousands of people stood in the rain Friday evening and clapped to the notes of jazz legend Wynton Marsalis at Northwestern University’s commencement ceremony. 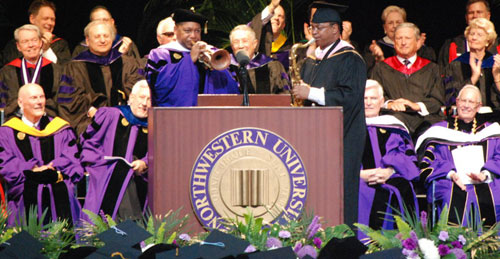 Administrators cut the program where they could in a race against the impending thunderstorm. Following suit, Marsalis gave an abridged speech after accepting an honorary doctorate of arts from the university, telling students that “everything’s gonna be all right.”

“You will work with people you like and dislike,” Marsalis said. “You will win and lose jobs.” 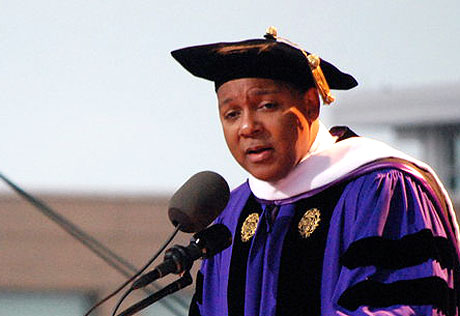 “You will be rained on,” he added, drawing some laughs from the audience as the sky ominously darkened. In a burgeoning drizzle, the crowd clapped along when Marsalis unexpectedly grabbed a trumpet and performed a rendition of the popular swing tune “2nd Line.”

Northwestern president Henry Bienen, who will hand off his position to Morton Schapiro in the fall, then took stage and commemorated the soon-to-be graduates.

“I hope you live good and decent lives and continue to make us all proud of your wonderful accomplishments,” he said in his speech. 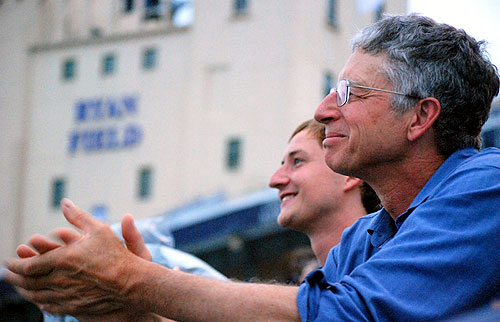 “It’s pretty momentous,” Kelila Benson, an Evanston resident who graduated from Northwestern last year. “It’s cool to be done and be watching the next people finish.”

The new graduates face an increasingly competitive job market, although some, like Bethany Summersgill, will put if off for a few years by entering graduate school. 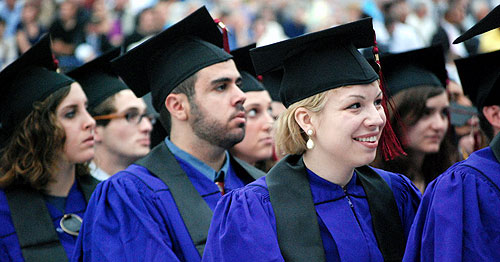 “To me this is a transition point for her, so it’s not like the end,” Jim Summersgill, her father, said.

Other parents are just glad they’ve managed to pay for all four of their son or daughter’s education. The university raised its tuition by 3.6 percent to $49,791 in February.

“I feel victorious,” Emily Rosenthal, 63, of Miami said. “It was a very hard struggle for us to finance our son going to this very expensive school.”

The hastened ceremony concluded shortly after 7:30 – just before the thunder and lightning forced droves of relatives, friends and new graduates to wait out the storm in the stadium’s interior.