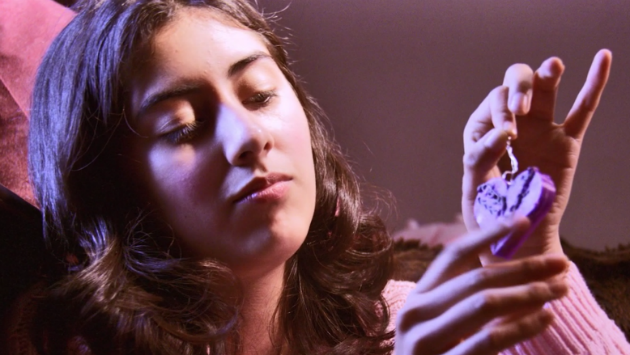 Like many teenagers, Isabel Pietri loves wearing jewelry. But designing her own pieces? The idea had never crossed her mind.

Then Pietri won a chance to work with Evanston jewelry designer Christopher Duquet through Northwestern University’s FUSE program, a series of challenges designed to get students excited about science, technology, engineering, arts/design and mathematics (STEAM).

For Pietri, now a sophomore at Kelvyn Park High School in Chicago, the experience changed the way she thought about math and science and sparked a newfound interest in computer-based art.

"At first my ideas were really simple, but after talking with Christopher they got better,” Pietri said in a newly released video that showcases her collaboration with Duquet. “I had no idea I could do something so technical and complicated.”

To date, FUSE has reached over 4,000 pre-teens and teenagers in 63 locations, including schools, libraries and youth centers in Illinois, Ohio and California. A school in Helsinki, Finland, will be the first international site to implement FUSE. By the end of the academic year, nearly 6,000 youth are expected to participate in FUSE.

Also an ongoing research project studying youth learning and engagement, FUSE was co-created by Northwestern professors Kemi Jona and Reed Stevens at Northwestern’s School of Education and Social Policy. The program targets children who don’t think they are interested in math or science or believe they aren’t “good” at it. 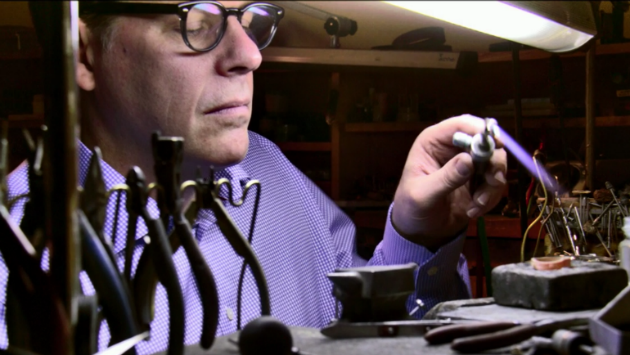 Christopher Duquet at work, in an image from the video.

Duquet, the owner of Christopher Duquet Fine Jewelry Design, collaborated with Jona and Stevens to develop a FUSE challenge, “Jewelry Designer,” in which teens design their own earrings, bracelets and other jewelry, print them out on a 3D printer, and wear them home. The challenge uses the same kind of 3D design software that engineers use, helping kids develop important skills while they are having fun making jewelry.

FUSE offers students over two-dozen different STEAM challenges, with names like “Coaster Boss,” “Solar Roller,” and “Selfie Sticker.” The collaboration between FUSE and Duquet is part of a broader effort to help businesses excite young people about exploring pathways to future STEM study and careers. Discussions with other area businesses are currently underway.

Duquet said he was thrilled to be able to reach thousands of students through the FUSE activity. But he took his project a step further by sponsoring a design contest and casting the winner’s piece in silver.

“It was a way to give back to kids who are interested in doing something artistic, creative and entrepreneurial in nature,” Duquet said. “There’s very little support for that kind of activity.”

Inside a FUSE Studio, children select from challenges in areas such as robotics, electronics, biotechnology, graphic design, game development, 3D printing and more.

Each challenge is designed to be immediately accessible and engaging, similar to the first level of a video game. As kids “level up,” the challenges get harder, requiring them to build on previous knowledge to advance. Help is available, but only on demand. To complete a level, they must upload digital evidence of what they created.

An “interest-driven learning experience,” FUSE is fueled by the children themselves who seek out specific challenges that pique their curiosity. Connecting children’s interests to meaningful STEAM learning opportunities is at the heart of the FUSE model and a big reason why the research done by Jona and Stevens shows that FUSE is successful for learners of all abilities.

“Working with Christopher has been very productive and rewarding,” Jona said. “His passion and creativity has helped make Jewelry Designer among the most popular FUSE challenges, and it has been a very powerful way to help girls get interested in and develop STEAM skills.”

Pietri earned the chance to work directly with Duquet after attending a weeklong STEAM Studio workshop co-sponsored by FUSE in the summer of 2014. Using imagery from a favorite song, Pietri developed her design idea from scratch — a heart shaped piece with thorns — created a prototype using 3D design software and then presented the piece to Duquet for some initial feedback.

She then revised the piece at least eight times. With each version, she saw ways her piece could be improved, she said.
“It was illuminating to spend time with Isabel, a young woman so clearly in a different place than where I am, careerwise,” Duquet said. “But it turned out that gulf disappeared as soon as we discovered we had a common interest.”

“Isabel had a great outlook, was creative and wanted to express herself,” Duquet added. “To her, nothing was impossible.”