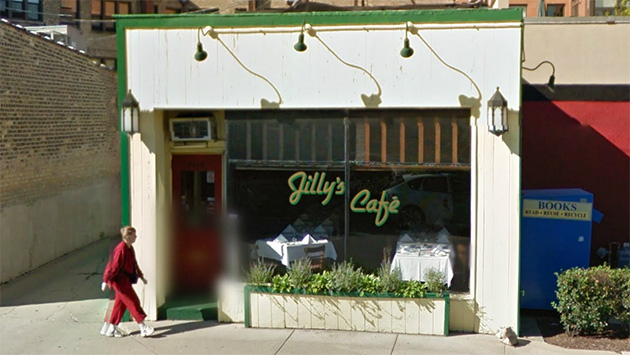 Though it won't be official until late November, new owner Nicolae Marian says all the paperwork is complete for the transfer. Marian has been a front desk manager at the 28-year-old restaurant at 2614 Green Bay Road for the past six years.

While the menu won't change much, Marian said, he is planning to install central air conditioning, new floors and a new ceiling in the establishment. But he doesn't expect the renovations will shutter the restaurant for more than a couple days.

Marian's application for a liquor license was approved by the Liquor Control Review Board at a meeting today.

It's scheduled to be introduced before the City Council Oct. 28.

The board today also approved the brewpub license application for the new Peckish Pig on Howard Street. It's also scheduled for City Council action Oct. 28.

Top: Jilly's Cafe in an image from Google Maps.