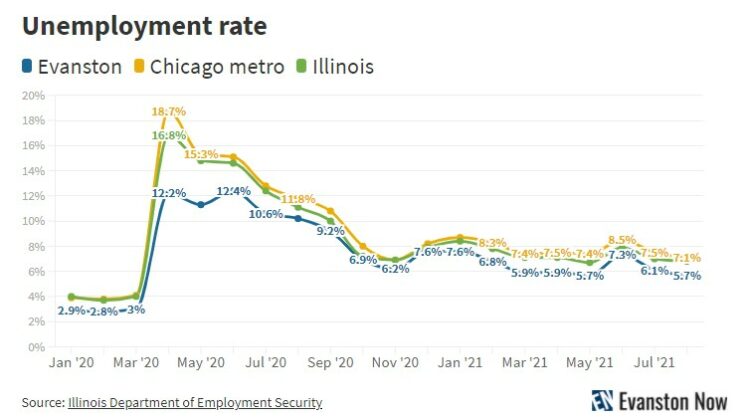 It was the same story for the Chicago metro area and for the state as a whole — the jobless rate declined, but largely because people dropped out of the workforce and stopped looking for work.