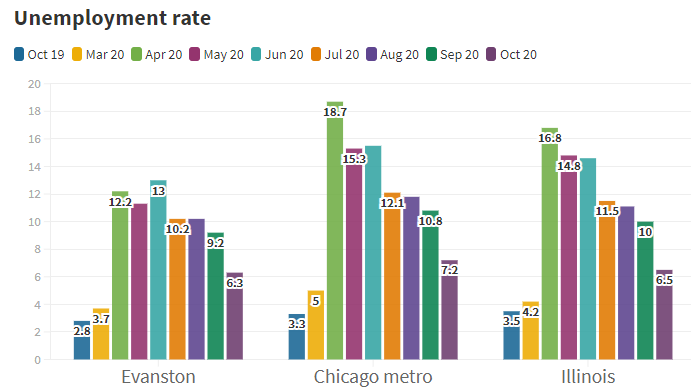 The Illinois Department of Employment Security today reported the October rate in Evanston was 6.3%, down from a revised 9.2% in September

The jobless rate also looked better last month in the Chicago metro region and across Illinois, with jobless rates declining more than three percentage points, but still remaining higher than they were in Evanston.

However, the size of Evanston’s labor force — the number of people either working or actively looking for work — shrank last month to 36,118 from 37,029 in September. Only 242 more people had jobs in October, while 1,153 had stopped looking for work.