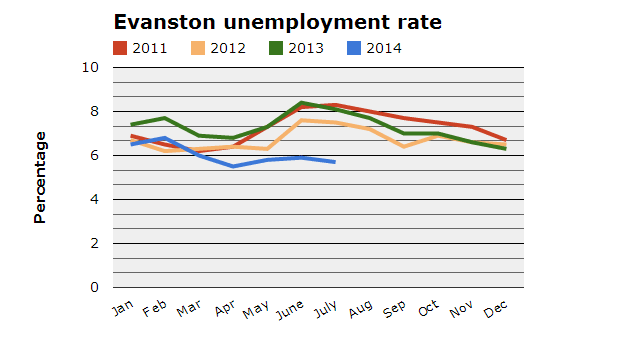 The jobless rate in Evanston fell to 5.7 percent last month as unemployment levels for the metro area and state also declined.

Figures released today by the Illinois Department of Employment Security show that of the just over 100 other communities in Illinois with more than 25,000 residents, 21 had jobless rates lower than Evanston, and eight others were tied with Evanston at the 5.7 percent level.

Among the nearby towns with lower rates were Glenview at 4.7 percent, Wilmette and Northbrook at 5.0 percent and Skokie at 5.5 percent.